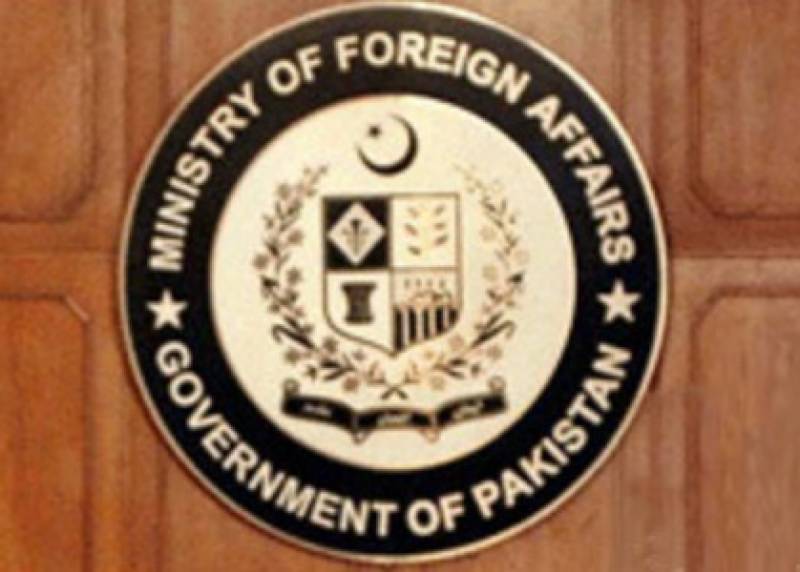 The Foreign Office Friday said that after being pointed out the discrepancy in the map displayed at inauguration ceremony of CASA-1000 in Tajikistan, the host government showed regret and undertook to correct what they said was just a painting to show the region.

According to the Foreign Office spokesman, a section of the media including the social media was circulating a map displayed at the site of the inauguration of CASA-1000, criticizing the inaccurate depiction of Pakistan's boundaries.

"It is clarified that this discrepancy was noted immediately on arrival at the site by the Pakistan delegation, particularly the Political leadership in the delegation, and brought to the attention of the host country," he said.

He said the host government immediately took note and regretted the error while explaining that it was not meant to be a map, as such, but a painting depicting the region without any focus on the boundaries of the countries.

They did, however, offered their regrets and also undertook to rectify the painting.

However, the Foreign Office said that the official brochure, which was circulated among all the delegates at the ceremony, contained the map correctly depicting the boundaries of Pakistan.

He said the same facts were also shared on Thursday with the media in Pakistan; but surprisingly media, instead of carrying the clarification remained focused on the error which was noted and steps already taken towards rectification by the host government.