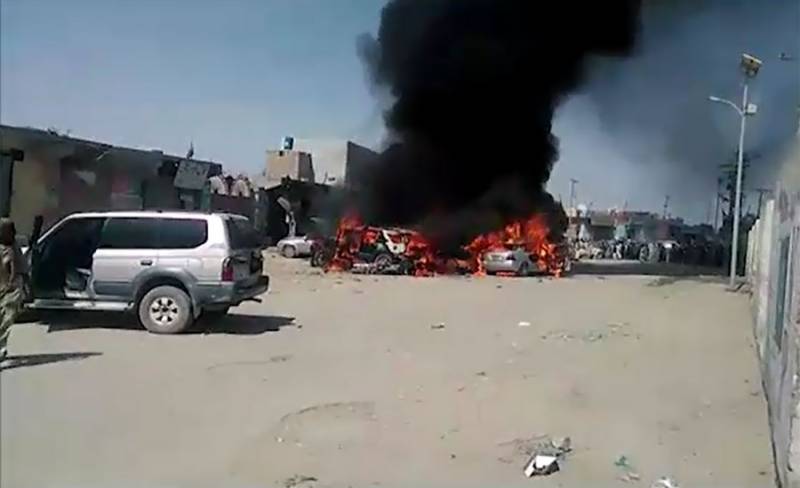 *QUETTA – At least two persons were killed while seven others injured in a blast in Chat Karan Bazaar in Panjgur district of Balochistan on Thursday.*

According to the details garnered, the blast took place in Chitkan Bazaar and damaged seven vehicles and four shops.

Officials said at least three of the seven injured people were in critical condition duae to the Panjgur blast.

They said two of the people killed were in a car that was damaged and caught fire after the blast.

The sound of the blast could be heard till long distances, spreading fear among the people.

It was reported that the explosives material was installed in a motorcycle. The wounded persons have been shifted to hospital for treatment. The security forces reached the scene of the blast and cordoned off the area.