Musharraf has until 2pm on Thursday to appear before SC
14 Jun, 2018 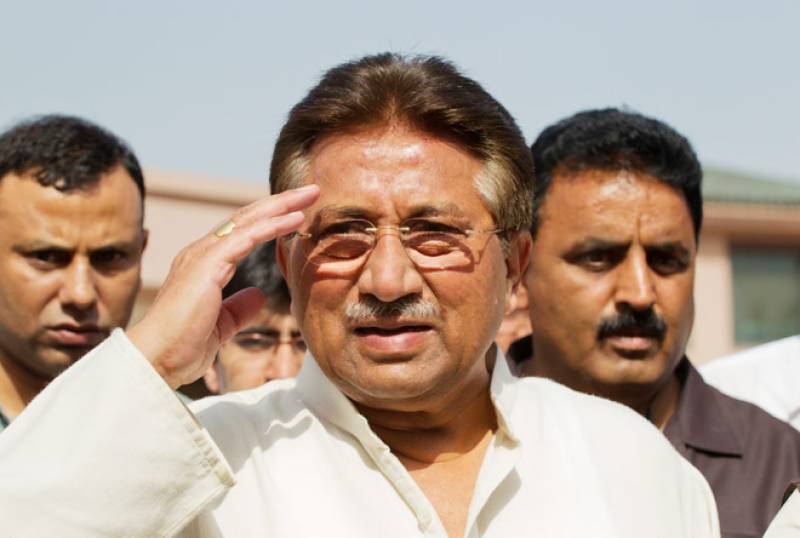 The top judge said that the court will decide the petition against the former military dictator in accordance with the law if he does not meet the 2pm deadline. The hearing took place at the Supreme Court’s Lahore Registry.

“Come in an ambulance,” remarked the CJ. “He should at least come. Had he been a commando, he would have showed valour and come to the court.”

The CJ observed that such a “big commando” who usurped power without fear is now afraid of facing the courts. “He needs to come back otherwise we won’t allow the vetting of his nomination papers,” he warned.

“How will he show off his fist in the election if he has Parkinson’s?” asked the top judge.

On June 7, the Supreme Court conditionally allowed General (retd) Musharraf to file nomination papers for the elections. The court was hearing a case on whether the former military ruler was eligible to run for public office.

General (retd) Musharraf’s lawyer had appealed to the court to throw out the Lahore High Court’s lifetime ban on him contesting elections and heading a political party. The lawyer said that his client wanted to contest the July 25 election and they wanted to file nomination papers.

The CJ said General (retd) Musharraf could be permitted to submit his documents if he returned home next week, but the high court’s decision could not be annulled. His nomination papers will be accepted depending on the high court’s orders. He must personally appear in court. The CJ said that he will not be arrested upon his return.

In March 2016, General (retd) Musharraf left for London after three years of being banned from international travel. The former army chief, who took power in a 1999 coup, is facing charges of treason and was nominated in the Benazir Bhutto murder case. An anti-terrorism court declared in August 2017 him an absconder. APP/AFP