Tight security ahead of Trump-Putin meeting in Helsinki
14 Jul, 2018 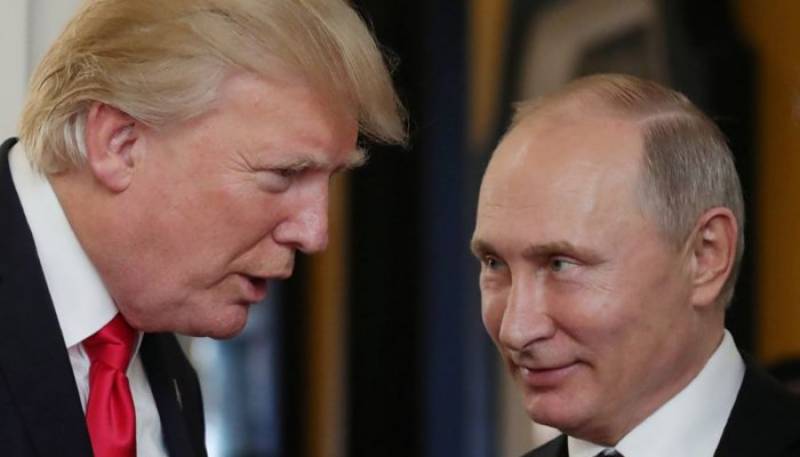 WASHINGTON: Finland may have largely shut down for the summer holidays but officials and police have been drafted back into work ahead of a historic summit in Helsinki between Donald Trump and Vladimir Putin.

Thousands of police officers, coastguards and rescue workers who were on vacation have been asked to return, with demonstrators expected to loudly protest the US-Russian presidential meeting — although on a smaller scale than the huge anti-Trump demonstrations in London earlier this week.

As tourists wander through the sunshine-filled streets, US secret service agents in obligatory dark shades have occasionally been glimpsed appearing to conduct security checks, as have Russian security personal.

Announced at the end of last month, the Trump-Putin summit is the largest event of its kind in the Finnish capital since former US President Bill Clinton and Russian counterpart Boris Yeltsin met in 1994.

Many Finns told AFP they were excited the city was hosting the meeting, pleased the country of 5.5 million people will likely be the centre of world attention for at least a few hours on Monday.

Finnish authorities have had to rush to ensure logistics and security are ready on time.

The government on Friday announced it would reintroduce controls for travellers from the Schengen zone, 26 countries which are part of the European free movement area, to "identify people posing risks" during the summit.

Activists will be exempt "as long as they will not pose a threat to public safety and security and do not appear on certain registers and analyses," said deputy head of the Finnish Border Guard Kimmo Elomaa.

The measures were in place on Friday afternoon, according to an AFP correspondent at Helsinki Airport.

"We had only a couple of weeks (to prepare) and it is in the middle of summer... so you can imagine!," Elomaa said.

Nearly 2,000 journalists are due to arrive in the country and, to keep stress-levels down, organisers have installed a sauna in the press centre.

More than a dozen demonstrations are planned between Saturday and Monday, and authorities are expected to prevent mass crowds from heading to the yellow 19th century presidential palace overlooking the Baltic Sea, where Trump and Putin will meet.

Uniformed men have been using pressure washers to refresh the building's facade ahead of the summit.

The biggest protest rally, dubbed "Helsinki Calling!", is billed on Sunday as focusing on issues that demonstrators say the presidents neglect: human rights, democracy, freedom of expression, inequality and the fate of refugees.

"In Finland, we treat children as people. We don´t put them in cages," said Peter Vesterbacka, one of the creators of the Angry Birds video game, referring to the Trump administration´s controversial policy of separating undocumented immigrant children from their parents at the US-Mexico border.

Sofi Oksanen, author of the internationally acclaimed novel "Purge", is expected to read at the rally texts by the Ukrainian filmmaker Oleg Sentsov, who is jailed in Russia and has been on hunger strike since mid-May.

The protest hopes to attract 15,000 people, but as of Friday only a fraction of that had declared they would attend the event on Facebook.

Mass demonstrations are relatively uncommon in Finland although the Gay Pride parade last month broke an all-time record with 100,000 participants. As it is the summer holidays, a large turnout at the anti-Trump and anti-Putin protests is not expected.

The youth group of the right-wing National Coalition Party said it would take to the streets but only expected a modest number of "between 20 and 30" participants.

"To President Trump we are saying: 'Make America Trade Again', for free trade, against trade war. To President Putin our message is: ´Stop your illegal military occupation in Ukraine´," the group´s leader Henrik Vuornos told AFP.

Helsinki police spokesman Juha Hakola said the summit will be "calm and without problems".