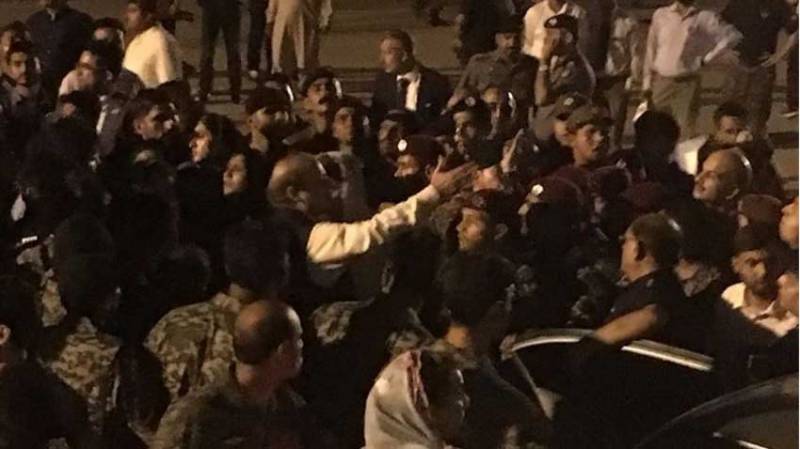 The convicts will be shifted to Sihala Rest House sub-jail to serve sentence awarded to them in Avenfield reference by Islamabad Accountability Court.

NAB Prosecutor Sardar Muzaffar had requested the court for exempting Nawaz Sharif and Maryam Nawaz from appearance before the court due to security reasons and sending them to jail.

On arrival at Lahore airport from London via Abu Dhabi on Friday evening, Nawaz Sharif and Maryam Nawaz were taken into custody by NAB officials. Their passports were seized by Federal Investigation Agency.

The convicts were flown to Islamabad International Airport through a special plane.