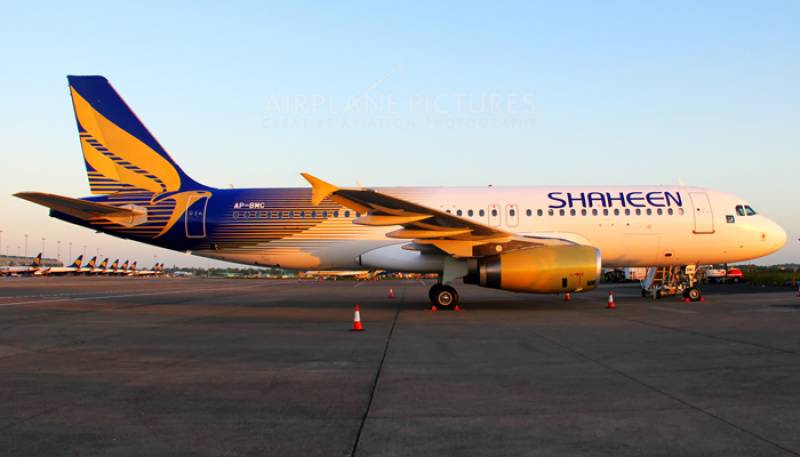 KARACHI: Civil Aviation Authority (CAA) of Pakistan on Friday banned international flight operation of Shaheen International Airlines, barring its flights for Saudi Arab, because of more than one billion rupees of its default on payment to the authority.

“Pakistan Civil Aviation Authority (PCAA) decided to discontinue all the airport services nationwide for the international flights of Shaheen Air International except its Saudi Arab’s flights from July 16 on non-payment of Rs1.5 billion dues,” the authority said in a statement.

Civil Aviation Authority asked passengers with scheduled flights on the airline to arrange alternatives to avoid any inconvenience.

The authority said the airline defaulted on payment to CAA on account of various levies.

Director Marketing Zohaib Hassan at the airline said the flight ban would only lead to distress for the passengers. “Immediate suspension” is not in accordance with the PCAA laws,” he added.

Hassan said talks were underway to discuss the new repayment schedule with the authority. He acknowledged delays in payment to the authority.

“Temporary delay in payments is limited to a few weeks, and SAI is liable to settle all the impending and lawful PCAA dues to its earliest,” he added.

Last month, Shaheen Air International Limited paid Rs910 million in outstanding tax amount after the authorities sealed the airline’s head quarters in Karachi for a brief period. The Federal Board of Revenue (FBR) had locked the head office of the privately-held airline for an hour to recover the outstanding taxes.