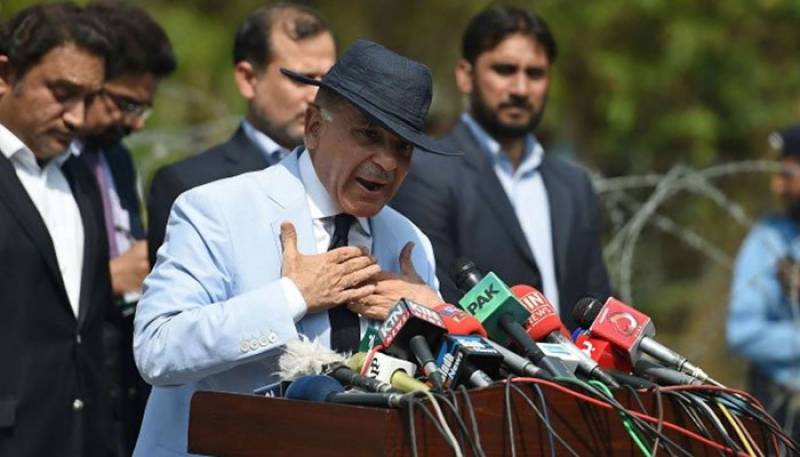 LAHORE - PML N President Shahbaz Sharia has said that party leaders and supporters were not allowed to enter Lahore even after he guaranteed that they rally would be peaceful.

“As promised, we held a peaceful rally but the administration had resorted to violence,” Shehbaz claimed. “Police fired tear-gas shells at our party workers.”

The PML-N president took a dig at his arch rival Imran Khan and said the PTI was a bunch of corrupt politicians.

“Imran Khan travels in helicopters on the KP government’s expense,” he claimed.

Shehbaz claimed that the media was asked to blackout Nawaz Sharif’s homecoming rally. “On the other hand, the TV channels had aired live the attacks on PTV and the parliament,” he added, referring to the PTI’s sit-in of 2014.

Sensing defeat PML-N president said that the steps taken by the caretaker has raised a big question mark on the fairness of the elections. “We will not accept the results if free and fair elections are not held.”

He urged the Election Commission of Pakistan to use its authority within its jurisdiction.

The PML-N will gather all the political parties on a single platform against rigging, he said, calling on the institutions to ensure fairness in the elections.