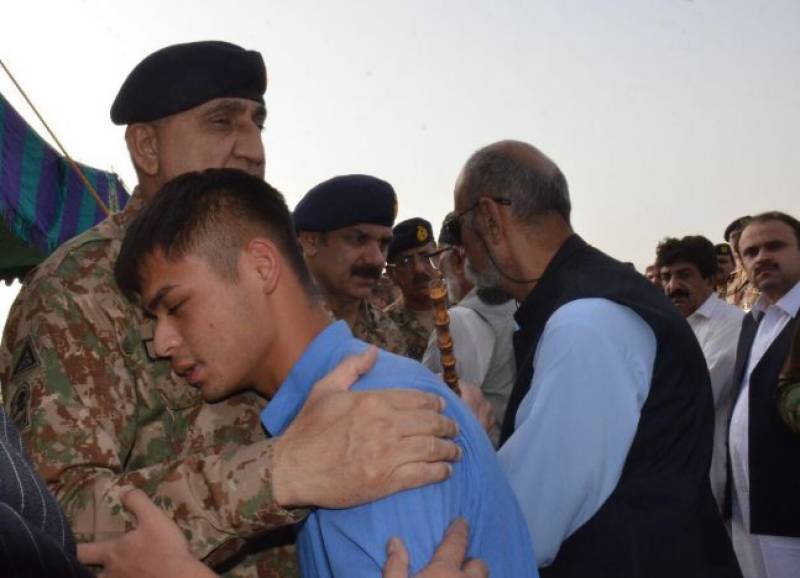 He said this during his visit to Quetta on Saturday where he attended funeral prayer of Balochistan Awami Party leader Shaheed Siraj Raisani.

He met with the bereaved family and said Pakistan lost a die-hard brave patriot Pakistani who shall be remembered for his commitment and contributions for Pakistan.

He also visited CMH Quetta and inquired about the health of injured.

He expressed his deepest empathy with all bereaved families of the Mastung blast incident and said that we haven’t yet reached destination of complete peace but near its achievement.