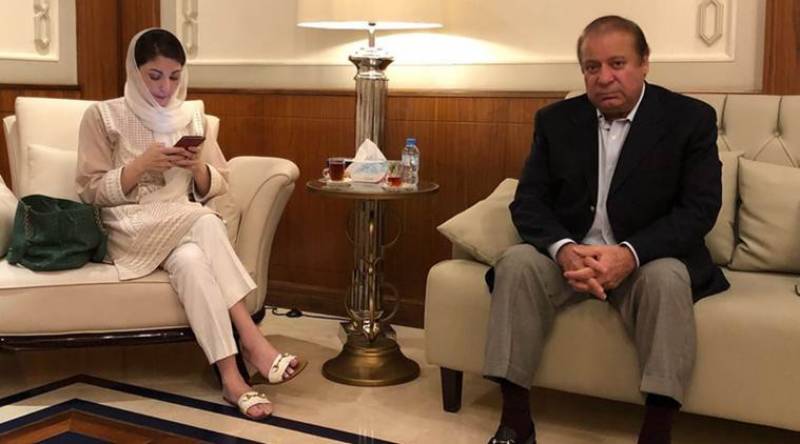 He and his daughter, Maryam Nawaz Sharif, reached Lahore at 8:48pm Friday on a private airline.

They flew from London on July 12 at 8:45pm. Their flight made a stop in UAE, where the father-daughter duo spent seven hours before flying to Lahore.

Shahbaz Sharif, who was not been able to make it to the airport to welcome his brother, wrapped the welcome rally by asking PML-N supporters to come out in large numbers on the day of election and vote the party into power.