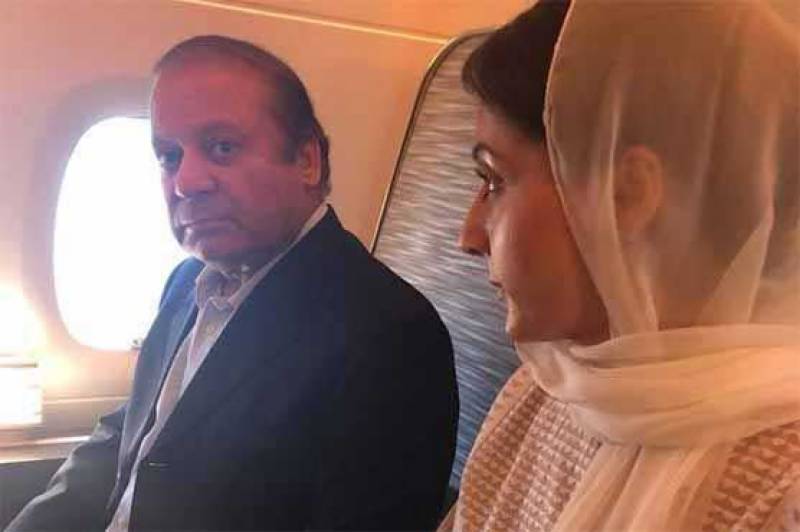 ISLAMABAD - Maryam Nawaz has undergone medical checkup at Adiala Jail and now she is being shifted to Sihala Police Rest House which has been declared as Sub Jail.

Earlier Nawaz Sharif and Maryam Nawaz have been shifted to Adiala Jail in Rwalpindi after the orders of the Accountability Court Judge Mohammad Bashir.

They were taken to Adiala jail direct from New Islamabad Airport.

They were earlier boarded onto a small chartered plane bound for Islamabad International Airport (IIA).

The flight landed in Islamabad around 10:30pm.

Meanwhile, a NAB prosecution team approached the accountability courts seeking an exemption for Nawaz and Maryam's appearance before the court. NAB Additional Deputy Prosecutor General Sardar Muzaffar Abbasi told the court that the convicts cannot be produced before the court due to a high security risk.

The accountability court subsequently appointed Magistrate Wasim Ahmed to execute the warrants in Sihala rest house, which has been declared an extension of Adiala Jail.

By this exercise, authorities have eliminated any chance of producing Nawaz and Maryam before the court tonight or in the morning. The magistrate will execute the warrants of imprisonment at the sub-jail.