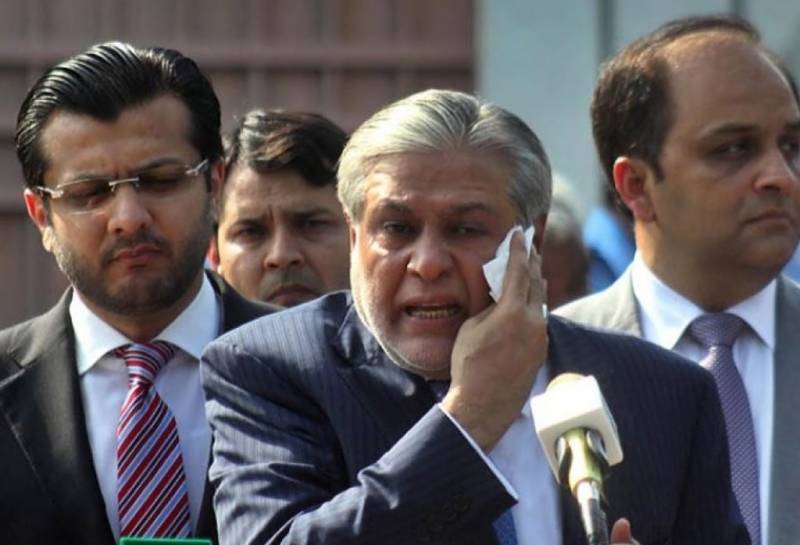 The Chief Justice of Pakistan, Justice Saqib Nisar, was heading the three member bench of the Supreme Court hearing the case pertaining to Dar's return to Pakistan.

Attorney General further said that the red-warrant was issued after the approval of Ministry of Interior Affairs, adding that FIA has forwarded the red warrant <link> to Interpol.

Moreover, the Interior Ministry submitted a reply over Dar's return to the Supreme Court and stated that the former finance minister will be brought back with help from Interpol.

Furthermore, Justice Sardar Tariq asked the Attorney General regarding the update on seizing Dar's property. He questioned, "What has been done pertaining to seizing Dar's foreign property."

Attorney General replied, "The request to seize property has been attached with the red warrants."