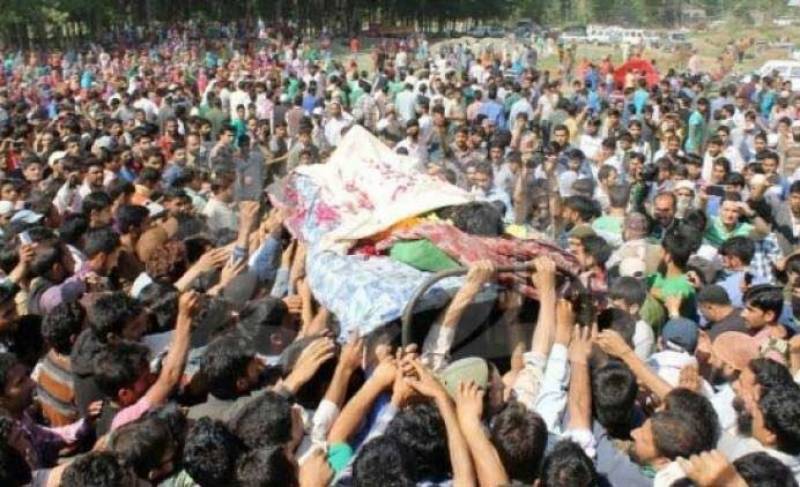 SRINAGAR: In occupied Kashmir, Indian troops in their fresh act of state terrorism, martyred one more youth in Kupwara district.

The youth was killed during the ongoing cordon and search operation by the Indian troops in Kandi area of the district.

Meanwhile, Indian authorities imposed curfew and other restrictions in Kupwara district, where a youth was martyred when the Indian troops opened fire on demonstrators and killed a shopkeeper Khalid Ghaffar Malik, at Banpora, Trehgam on Kupwara-Chowkibal road, last night.

The authorities made announcement on loudspeakers asking people to remain indoor as curfew was imposed in Trehgam, Chowkibal and Kupwara town while additional forces were deployed in the areas.