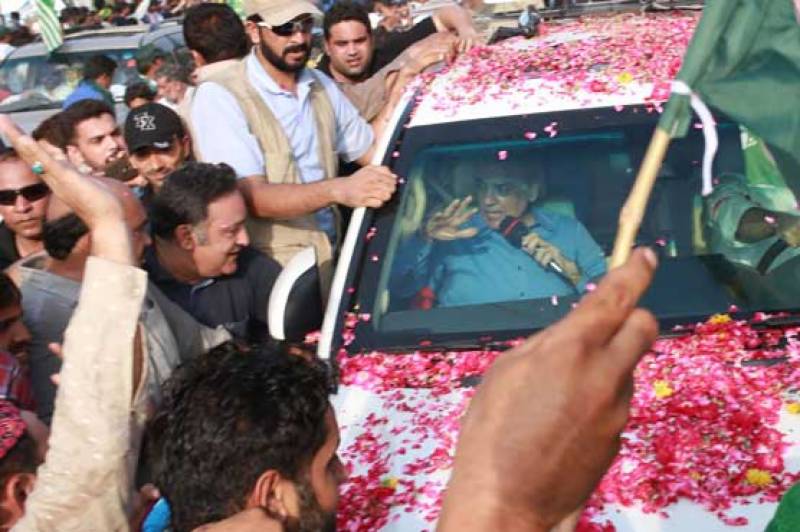 Shahbaz Sharif failed to reach Airport and only a rally of around 5,000 PML N supporters was with him.

The former Punjab CM’s rally which started from Lohari Gate aiming to reach Lahore airport but the provincial authorities had imposed Section 144 across the province to deter any untoward situation.

Containers were placed at various roads and cross sections, while roads leading to the airport were blocked to stop the PML-N rally. The Metro bus service in the city also remained suspended.

During the rally, clashes erupted between the PML-N workers and law-enforcement agencies, resultantly, at least 15 people including several policemen were injured when the police resorted to shelling to disperse the mob who pelted stones at the law enforcement personnel at Joray Bridge.

As Shahbaz Sharif’s rally failed to reach airport to accord rousing welcome to the party supremo, the NAB arrested Nawaz Sharif and his daughter Maryam Nawaz minutes after they landed at Lahore’s Allama Iqbal International Airport.

The father-daughter duo had returned to Pakistan from London for the first time after being convicted in the Avenfield property case. Nawaz and Maryam were served with a legal warrant as soon as they entered Pakistan s airspace.

Earlier, the PML-N supremo and his daughter made a brief stay at the Abu Dhabi airport where their flight was delayed for nearly three hours. They landed at Lahore s Allama Iqbal International Airport at 9.10 pm IST via Etihad Airways flight EY243.

The Avenfield reference is one of the three corruption references, filed by the National Accountability Bureau(NAB) on orders of the Supreme Court of Pakistan (SCP), which disqualified Nawaz Sharif, ousting him from premiership and finding him guilty in the Panama Paper case verdict.