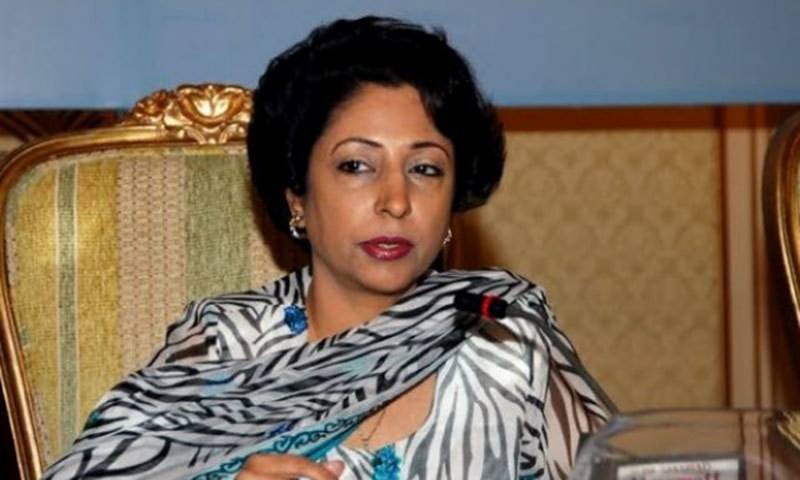 UNITED NATIONS: (APP) With the situation in Indian occupied Kashmir sharply deteriorating, Pakistan raised the issue in the United Nations General Assembly on Wednesday making a call for allowing the oppressed Kashmiri people their UN pledged right to self-determination to establish peace and security in South Asia.

The denial of self-determination to the people of Indian Occupied Jammu and Kashmir has resulted in some of the most atrocious human rights violations including rape, torture, arbitrary detentions, and summary executions, Ambassador Maleeha Lodhi said in a High Level Thematic Debate of the 193-member Assembly on human rights at the centre of the global agenda.

It's most chilling recent example is the extra judicial killing last week of a Kashmiri leader Burhan Wani shot to death by Indian forces along with dozens of other innocent Kashmiris, the Pakistani envoy told delegates from around the world.

Wani's death on Friday sparked off huge protest demonstration across Jammu and Kashmir. Government forces fired live rounds and tear gas killing 37 people. The Huriyat leaders extended the call for strike till Friday. The violence in Indian occupied Kashmir is the worst seen in the state for years.

More than 250 other people have been injured in the clashes. The occupation forces in Indian held Kashmir are resorting to these brutal acts to suppress the right to self-determination of the Kashmiri people promised to them by several UN Security Council resolutions, Ambassador Lodhi said.

Despite Indian suppression, she said the Kashmiri people were determined to continue their struggle for freedom from foreign occupation. Sixty eight years after the UN Security Council first called for a UN conducted plebiscite to allow the Kashmiri people to exercise their right to self-determination the fulfillment of this pledge remains the only way to resolve this long standing dispute and establish durable peace and security in South Asia, Lodhi told the General Assembly.