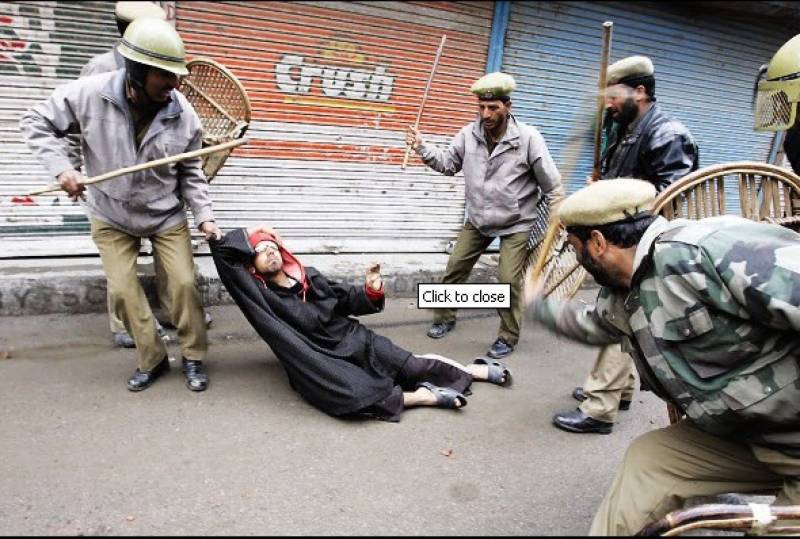 As the atrocities by Indian forces against the unarmed people of Kashmir continued to its sixth day, tensions rose and the Hurriyat representatives extended the date of their protest strike against the Indian government till July 15.

The Indian Army is firing rubber shells at citizens, an act which has damaged eyes of over a 100 people, hospital sources confirmed. Most patients are coming with injuries on their chest, neck and stomach, hospital sources added. Many patients need surgery. The injured include children.

Amnesty International has condemned the use of force in Occupied Kashmir. Businesses, schools and transport remained to shut for the general public as a curfew was also imposed by the Indian government in some areas.

The Kashmiris have openly stood up against the Indian government and refused to back down from demanding their rights. On Wednesday, another Kashmiri was martyred in the city of Anantnag. Meanwhile Hurriyat representatives Syed Ali Geelani and Mirwaiz Omar Farooq have been placed under house arrest by the Indian government.

Pakistan's Permanent Representative to the United Nations, Maleeha Lodhi also condemned the atrocities by the Indian army and said that it was usurping the Kashmiris' right of self-determination.