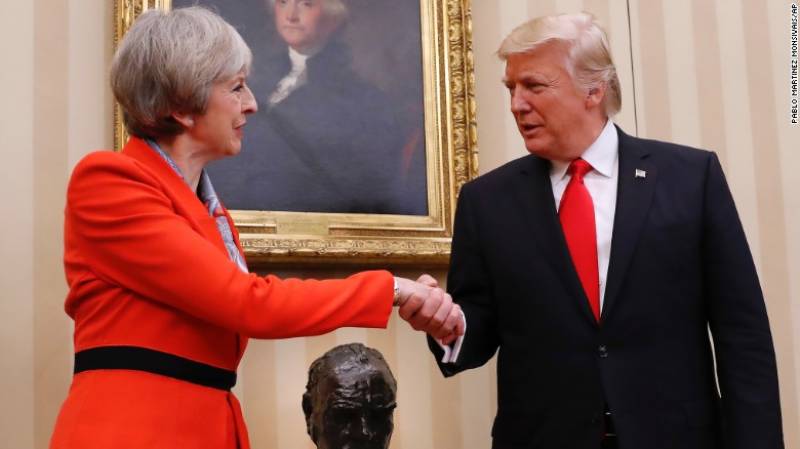 LONDON - Donald Trump had cancelled his next month’s visit to the UK after the British government did not show him “enough love”, according to a media report quoting a source close to the US President.

Trump had claimed that his abrupt decision to cancel the working visit on February 26 and 27 for the launch of a new US embassy building was in protest against the “bad deal” over the sale of the older embassy in posh Mayfair area of central London.

However, the source quoted by The Sunday Times has revealed that in fact he had been put off by strong anti-Trump sentiments expressed by London mayor Sadiq Khan, who has repeatedly said that Trump was not welcome in the city.

However, the source said that his proclaimed distaste for the new embassy was “just an excuse”.

“He (Trump) felt he had not been shown enough love by the British government,” the source told the newspaper on condition of anonymity.

“He (Trump) started to believe that the British government thought the same way about him as Sadiq Khan and Jeremy Corbyn (the Labour party leader), who have made clear their disdain for him and said he is not welcome in the UK,” the source said.

Khan, in a statement released on Twitter after Trump’s own tweet announcing that he would not be visiting the UK in February, said: “President Trump got the message from the many Londoners who love and admire America and Americans but find his policies and action the polar opposite of our city’s values”.

On Saturday, pro-Trump protesters turned out to disrupt Khan’s speech on gender equality to the Fabian Society in London.

“It is a pleasure to be here even though we were distracted by the actions of what some would call very stable geniuses,” the mayor said, as he resumed his speech following the interruption.

His comment was a jibe at the US President, who had used the phrase “very stable genius” to describe himself last week.

Downing Street officials were at an advanced stage of planning the US President’s visit to London, which also included a visit to Buckingham Palace for lunch.

Trump is also said to have expressed interest in playing a round of golf at Queen Elizabeth II nine-hole golf course on the Balmoral estate in Aberdeenshire.

But on Friday, he tweeted that he would not be the one inaugurating the new US embassy at Nine Elms on the south bank of the Thames because he did not approve of the “off location” site.

The cancellation has been widely viewed as a blow to UK-US relations, raising fears that it could scupper plans for a speedy post-Brexit trade deal between the two traditional allies.

Sir Nigel Sheinwald, who served as British ambassador to the US from 2007-12, told ‘The Observer’ that after Trump’s latest outburst the UK “should put out of our minds the idea that just around the corner when we leave the EU there is a magical deal with the US that is going to solve all our trade and industrial problems”.

“The way in which the bilateral relationship has atrophied and the tone has changed in the last year since (British Prime Minister Theresa) May’s first visit is quite a big blow,” he warned.