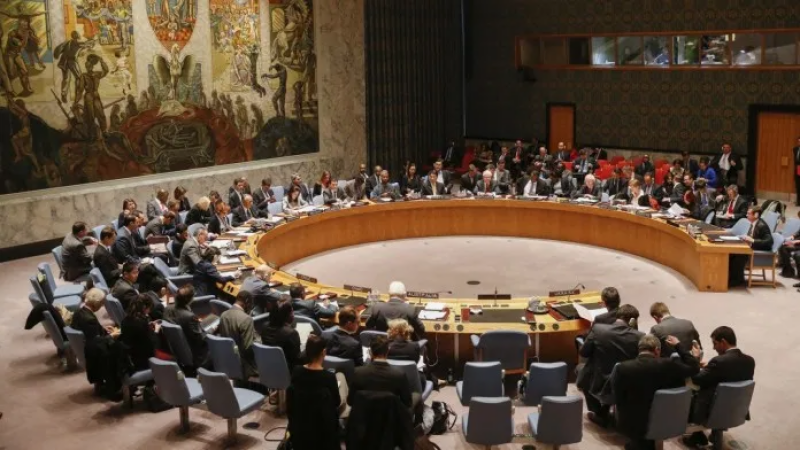 UNITED NATIONS - Pakistan has called for “flexibility and compromise” in the long-running negotiations to reform the UN Security Council as progress is held up by the campaign for permanent seats on the 15-member body by India, Brazil, Germany and Japan, known as the Group of four.

Speaking in the resumed session of Inter-governmental Negotiations (IGN) aimed at making the Security Council more effective, Aamir Khan, Charge d’ Affaires of Pakistan, said the choice before member states remains “compelling and stark – between the commitment to uphold the fundamental principles of the UN Charter based on the sovereign equality of states and the self-centered endeavour of a ‘small group of nations’ for advantage and privilege that betrays this commitment.”

On the other hand, he said Pakistan and the Uniting for Consensus (UfC) group, which oppose additional permanent members, refuse to “betray” the fundamental purpose of Security Council reform; to end up with an outcome that perpetuates rather than addresses the inherent asymmetry and dysfunctionality within the Council centered on permanent seats and the veto.”

“This tension between self-interest and common interest is at the root of the so called ‘impasse’ on Security Council reform,” Amir Khan added.

Despite a general agreement on enlarging the Council, as part of the UN reform process, member states remain sharply divided over the details.

The Group of Four has shown no flexibility in their push to expand the Security Council by 10 seats, with 6 additional permanent and four non-permanent members.

On the other hand, the Italy/Pakistan-led Uniting for Consensus (UfC) group opposes any additional permanent members, saying that such a move will not make the Security Council more effective and also undermine the fundamental principle of democracy that is based on periodic elections.

In his remarks, the Aamir Khan, the Pakistani delegate, urged all sides to continue discussions within the IGN to address their differences within the framework of the five clusters which encapsulates the main issues.

He said emphasised that arbitrary timelines will not accelerate this endeavour. “What we all our committed to seek is the widest possible political acceptance by all member states,” he said, adding, “Divisive steps could derail the whole process of Security Council reform. We could end up perpetuating the status-quo.”

The UfC believes that it’s regional-based proposal could also accommodate the aspirations of Africa and of sub-regional groups such as the OIC, the Arab Group, the Caribbean Community (CARICOM) and the Small Island Developing States (SIDS). “Their aspirations and interests are very different from those of the self-selected candidates for permanent membership.”

“If we are to achieve an outcome that can accommodate the interests of all member states- small, medium and large- all sides must display a spirit of flexibility and compromise,” Aamir Khan said. “Instead of divisive action, we should opt for decisive dialogue.”