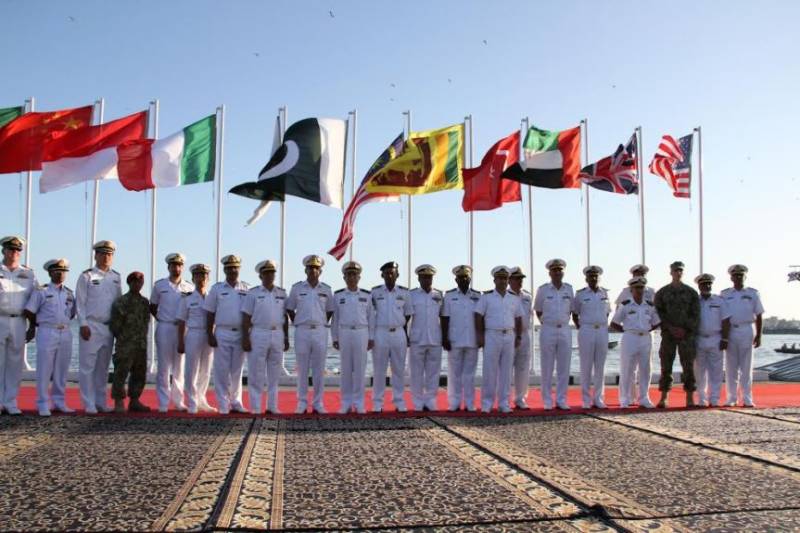 Earlier, the prime minister extended gratitude to the participating navies for joining Pakistan Navy at AMAN-17 in such large numbers.

The prime minister in his message said the maritime security challenges in the Indian Ocean were both multidimensional and multifaceted.

He said Pakistan being a major stakeholder in maritime security of Arabian Sea was fully committed to ensuring freedom of navigation and lawful maritime order.

The prime minister expressed confidence that AMAN-17 would be an endeavor of readiness for the promotion of peace.

He would also be meeting governor and chief minister Sindh at Governor House where he would be briefed about progress on Green Line Mass Transit Project, Lyari Expressway and Karachi Circular Railway projects.

The prime minister would also be briefed about Karachi Water Supply Project (K-4).