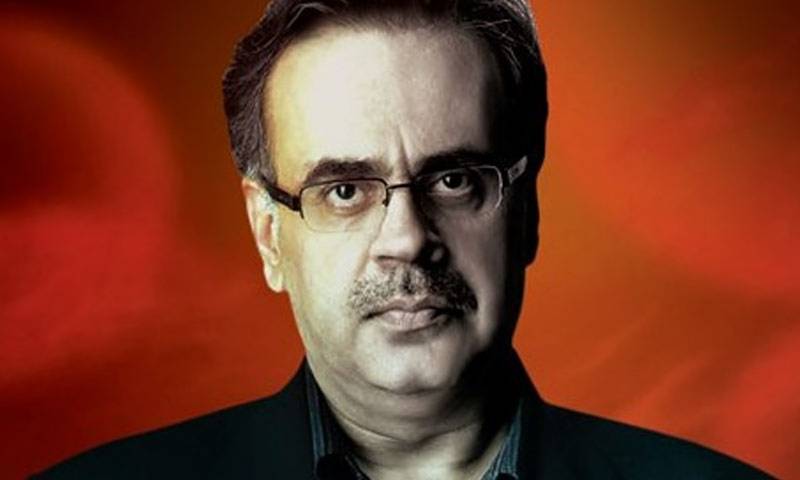 PEMRA took the action on the recommendation of Council of Complaints Sindh, a press release said.

Federal Minister for Finance Senator Muhammad Ishaq Dar lodged a complaint with PEMRA stating through his lawyer Munawar Iqbal Duggal that the anchor in the programme aired on January 24, made allegations of a defamatory nature about an alleged meeting in Rawalpindi, with the malafide and ulterior motives of attacking the integrity of the minister.

He further said in the said programme, defamatory contents were aired regarding an alleged meeting of Dar and Khawaja with senior military leadership in Rawalpindi. Whereas, no such meeting took place and the allegations were false and fabricated and presented a totally fictitious account.

Labbaik Private Limited was provided two opportunities of personal hearing at PEMRA Council of Complaints, Sindh – on February 2 and February 10 - however, the TV channel and its host/co-host failed to defend their position or present any evidence in favour of such scandalous comments about the Pakistan Army, federal ministers for finance and defence and instead kept seeking adjournments by the CoC.

The content aired thereof was deemed as a willful attempt to misinform the viewers through fabricated stories, not only on a highly sensitive matter but also about civil-military relationship when the armed forces were fighting a valiant war against terrorists which needed support through unity rather than concocted stories of differences between state institutions on a highly sensitive matter.

Such rumour mongering during war were demoralizing for thenation and the armed forces and only benefit the enemies of Pakistan.

This also cast aspersions against Pakistan Army which has expressed at several occasions its commitment with the constitution and rule of law.

The official record of PEMRA confirmed that Shahid Masood was a willful and repeat violator of PEMRA Code of Conduct and had been trying to create sensationalism through his irresponsible, untrue and derogatory comments against individuals and the state institutions in the past as well.

In certain instances, PEMRA had been taking cognizance which was upheld by the judiciary as well.

Following up on the PEMRA's decision, the management of Airwaves (NewsOne) Pvt Ltd had also been conveyed the decision as apparently Shahid Masood had joined NewsOne. Any violation by BOL News or NewsOne, PEMRA would take action against the license holder, in accordance with the law.

Regarding the complaint of JUI-(F) MNA Shahida Akhtar Ali, against Labbaik (Pvt) Ltd (Bol News TV) for airing programme 'Aisay Nahi Chalay Ga' hosted by Aamir Liaquat on November 21, 2016 in which derogatory remarks and false allegations were made against her leader Maulana Fazl-Ur-Rehman, the decision on the recommendations of CoC had been deferred until the Supreme Court decision on a review petition filed by Labbaik in this case.

PEMRA expected that its license holders would show their commitment with Code of Conduct and Law of the Land through their actions as they expressed it in words during meetings over the last several months.

Learning lessons from the events in the recent past plaguing Pakistan's media industry, it may be underlined that it was a collective responsibility of all stake holders to stop providing platforms to repeat offenders who misuse media freedom to broadcast hate speech, make baseless and defamatory allegations, against individuals and state institutions and try to create uncertainty about the country, its pillars, its future and its system.

Apt to quote here a few lines from DAWN editorial of Februry 11, "Even those playing with fire can be made to understand that long-term survival and self-interest demand that mutually acceptable red lines be respected. An industry adrift needs urgent correction; the public, journalists and media organizations all deserve better."