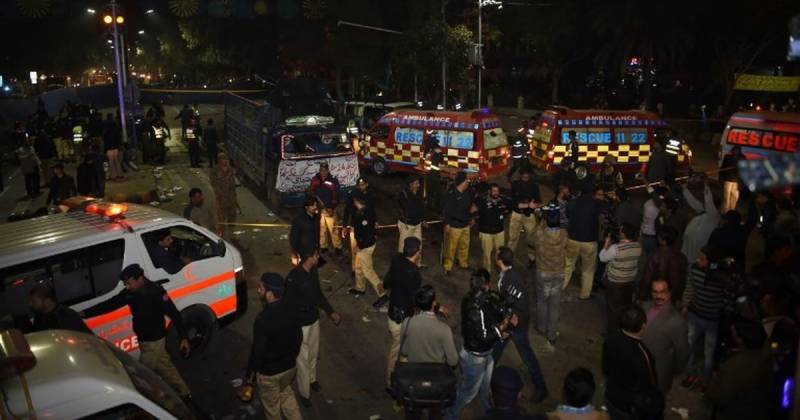 LAHORE: Lahore Blast that has shocked the entire nation has been claimed by TTP breakaway faction with the name of Jamaat ul Ahraar.

The death toll rose to 15 and the city’s residents railed at the government for failing to protect them.

The Punjab Chief Minister Shahbaz Sharif declared a day of mourning after Monday’s blast on Lahore’s Mall Road, one of the city’s main arteries, at rush hour during a busy protest.

At least 15 people were killed, emergency official Ahmad Raza told AFP, including six police officers, while up to 87 were injured.

The toll could have been much higher, Raza said, but for two vehicles – a TV news van and a mini van belonging to the protesters – which absorbed much of the impact of the blast.