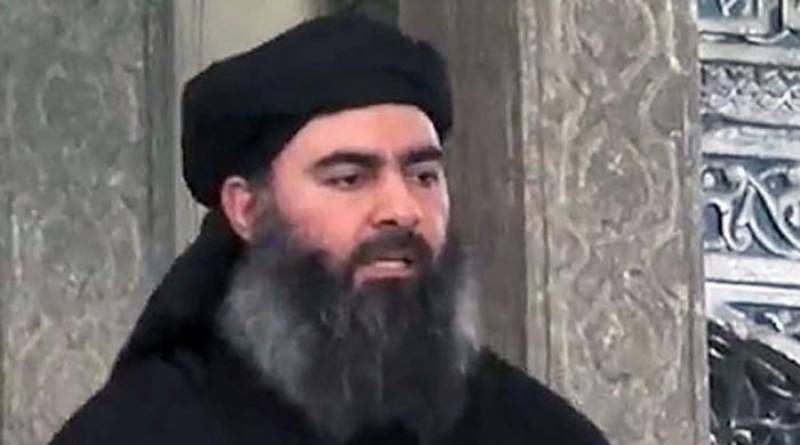 BAGHDAD: The Iraqi air force has targeted a meeting of commanders from Daesh that its leader Abu Bakr al-Baghdadi may have been attending, a statement said on Monday.

It was not clear in the statement sent by the Joint Operations Command coordinating the fight against the militants in Iraq whether the world´s most wanted terrorist had been hit.

An intelligence cell monitored a convoy that the statement said transported Baghdadi from the area of Raqa, the militants main Syrian stronghold, across the border to the Al-Qaim area in western Iraq.

"The direct strike on the meeting location led to the death of 13 Daesh commanders," said the statement, which provided a list of names.

The Iraq-born Baghdadi, who proclaimed a "caliphate" straddling Iraq and Syria in June 2014, was not one of those names.

The Iraqi military has reported Baghdadi killed or wounded on numerous occasions since it launched a counter-offensive to regain the territory lost to Daesh almost three years ago.

Iraq´s military said dozens of other Daesh militants were also killed in other strikes in the same area as part of the operation last week.

Baghdadi´s health is unknown, but the Pentagon said six weeks ago that he was still alive and leading Daesh as it tries to defend the remnants of its crumbling "caliphate".

In the statement issued on Monday, the Iraqi military claimed that Baghdadi had come to the border area to discuss with his commanders "the setbacks taking place in Mosul".

Mosul is Iraq´s second city and the largest ever held by IS.

After a string of major losses in both Iraq and Syria, the militants´ two main strongholds of Mosul and Raqa are both under attack from forces backed by a US-led coalition.

Iraqi forces have already retaken the eastern side of Mosul and, nearly four months into a massive offensive to recapture the city, they are now readying for an assault on the west side.

In mid-December, the United States more than doubled the bounty on the shadowy Daesh leader´s head to $25 million.