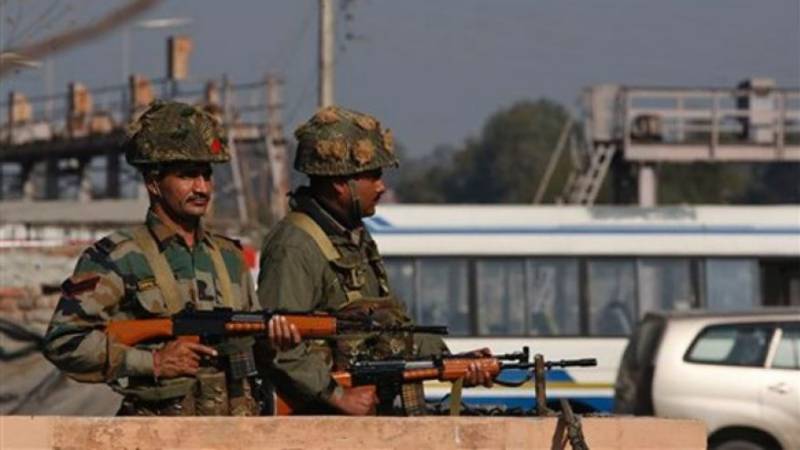 SRINAGAR: At least three Indian soldiers and a suspected militant were killed in a gunbattle in Indian-occupied Kashmir (IOK) Tuesday after an army patrol came under fire in the north of the territory, officials said.

“Three soldiers were killed during a gunfight with militants that broke out at Hajin in Bandipora district,” Indian Army spokesperson Rajesh Kalia told AFP, adding that five other soldiers were injured.

A police official said a civilian also sustained injuries in the cross-firing which erupted after forces cordoned off an area following a tip-off about the presence of militants.

“A search party was suddenly fired upon by the militants as it zeroed in on a residential area,” a police superintendent told AFP, speaking on condition of anonymity as he was not authorised to talk to the press.

He added that nine soldiers were injured in the initial attack and were immediately shifted to army hospital. “Three among them later succumbed to their injuries.” One militant, whose identity was not yet known, was also killed in the operation, he said.

Kashmir has been divided between India and Pakistan since they won independence from Britain in 1947. Both claim the Himalayan territory in its entirety. An armed rebellion that started in the region in 1989 has left tens of thousands, mostly civilians, dead.