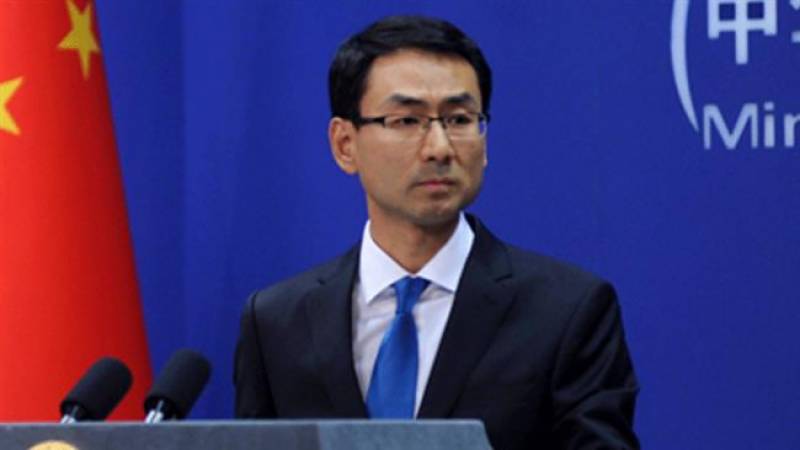 BEIJING (China): (APP) China on Tuesday highly commended the tremendous efforts made by Pakistan to fight terrorism and offered to further enhance its cooperation with Pakistan to completely wipe out this menace.

"We highly appreciate the tremendous efforts made by Pakistan to fight terrorism and extremism and stand ready to further enhance cooperation with Pakistan in this regard," Chinese Foreign Ministry Spokesperson Geng Shuang remarked during a regular press briefing here.

When asked to comment on suicide bomb blast that caused heavy casualties and injuries during a public rally in Lahore yesterday, he said, "China opposes terrorism in all manifestations and strongly condemns the terrorist attack in the city of Lahore."

On resignation announcement of the US National Security Adviser, Michael Flynn, he said, it was internal affairs of the United States and he was not going to make comments on that.

Responding to a question regarding the US's consideration to a new exchange rate tactic aimed to avoid China-US confrontation, the spokesperson said, China did not deliberately devalue the RMB in order to gain an export edge. There was no basis for continuous depreciation of the RMB.

The spokesperson hoped that relevant parties view issues related to the RMB exchange rate in an objective light.