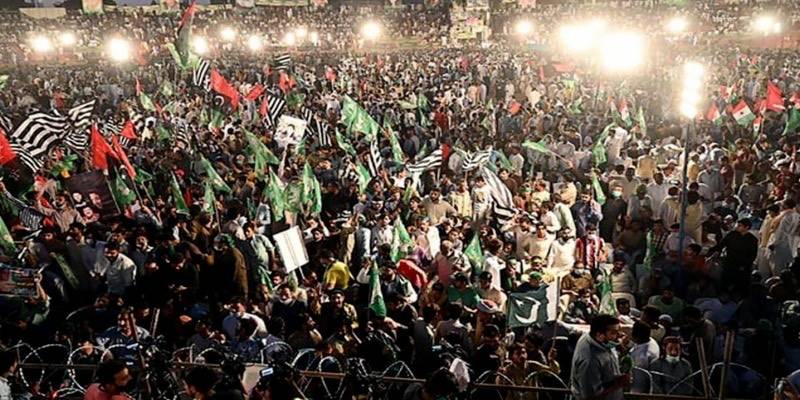 *At least two separate cases have been registered against the leaders of Pakistan Democratic Movement (PDM) for breaking into Greater Iqbal Park and holding public rally, local media reported on Monday.*

As per details, both the cases have been registered at Lahore’s Larri Ada police station on the complaint of security staff of the park. They stated that the PDM leadership and workers broke locks and forcibly entered the park for making arrangements for the public gathering.

On December 12, Pakistan Muslim League-Nawaz workers broke into Lahore’s Greater Iqbal Park after breaking its lock to set up stage for PDM's rally. The PML-N workers violated rules and SOPs and forced their way into the park.

In wake of rapid rise in COVID-19 cases, the government put a ban on holding mass gatherings and public rallies across the country. However, the PDM, an alliance of opposition parties, violated the ban and held public gatherings in different cities as part of the anti-government movement.