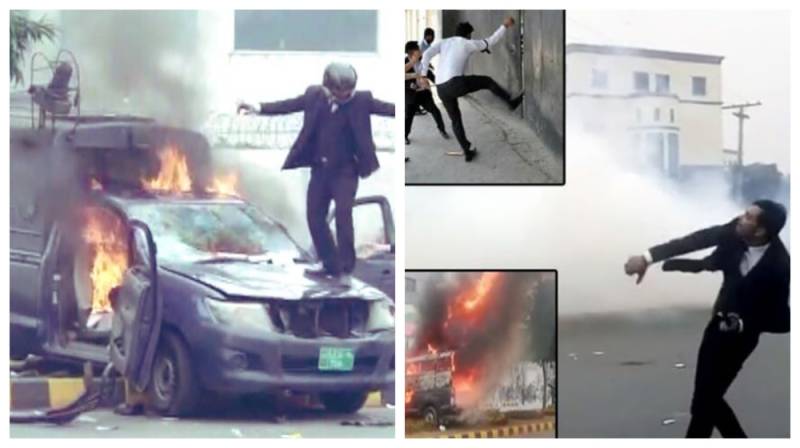 KARACHI: After Lahore, now the lawyers of Karachi are issuing threats to the doctors on Saturday, ARY News reported.

In a viral video, the lawyers can be seen issuing threats to the doctors in Karachi by terming the act of attack at Punjab Institute of Cardiology (PIC) by their colleagues in Lahore, right.

“What the lawyers of Lahore did was right, we will do the same”, the lawyers can be seen saying in the viral video available with ARY News.

Pointing out the doctors of Jinnah Hospital, the lawyers said we will not spare them and added that we will teach the doctors a good lesson if they do anything against us.

It may be noted that, a group of more than 200 lawyers, who had an ongoing ‘tussle’ with the doctors of the PIC link, had stormed the hospital on Wednesday, vandalised property and damaged dozens of vehicles. They also set ablaze a police van during their assault.

Dr Asif, Patron-in-Chief of Young Doctors Association (YDA), told ARY News that the physicians and nurses were attacked and brutally tortured by the lawyers at the PIC hospital.