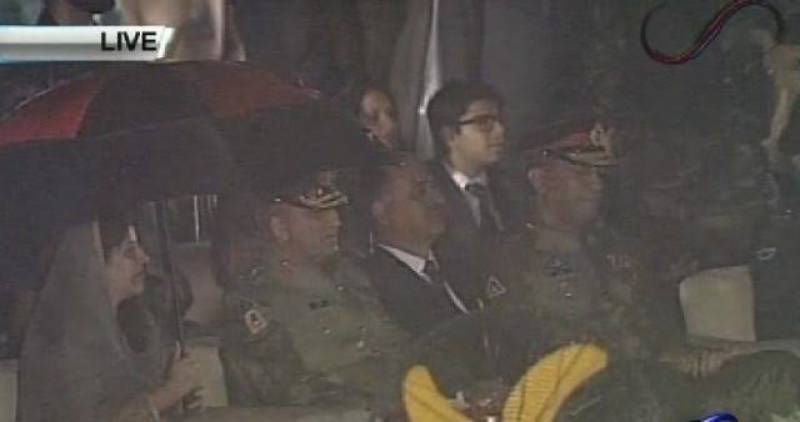 COAS General Qamar Bajwa tonite hoisted the largest flag in Pakistan history at Wagah Border. He congratulated the nation of the festive occasion of the seventh independence day of Pakistan.

He said a nation which was created after tremendous sacrifices in the name of Al-Mighty Allah and the Holy Propet (Peace be upon him) can never be surrendered.

Bajwa said that Pakistan is on the right path, which is the path of the rule of law and the constitution.

He said that Pakistan Army will not rest until they make Pakistan the country envisioned by founding father Quaid-e-Azam, and Allama Iqbal.

“All the institutions are working honestly,” he said. “Today Pakistan is a much stronger nation which is prospering day by day.”

He further said that Pakistan made immense sacrfices in war on terrorism, and the Pakistan Army is much aware of all internal and external threats.

The COAS warned that the enemies of Pakistan from east and west will be caught, and the sacrifices of the martyrs will not be in vain.