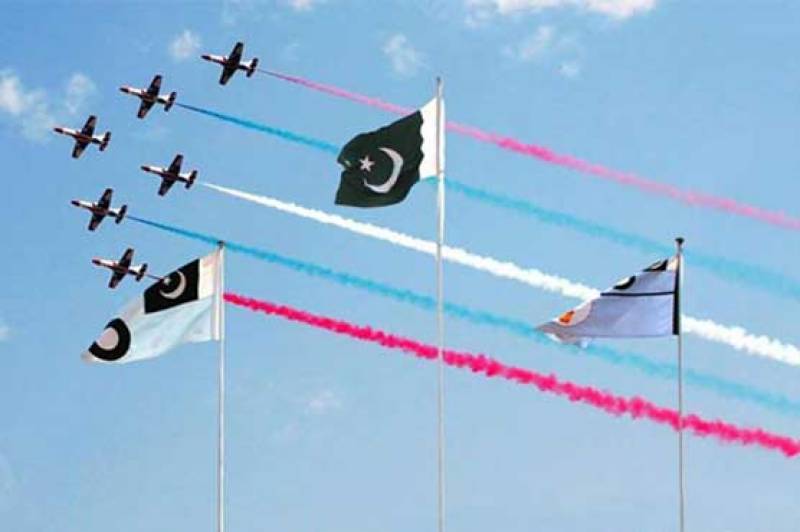 The breathtaking formation shown by the aircrafts of PAF became the center of attraction for all in the Islamabad Air Show which was attended by President and Chief of Army Staff.

F-16 and JF-17 Thunder planes participated in the fascinating display, and wonderful paratrooping from Mi-17 helicopter was also a part of the show. The paratroopers who came down with Pakistan flags received appreciation from all.

Another salient feature of the show was the Tri-Services free fall display of Special Services personnel.