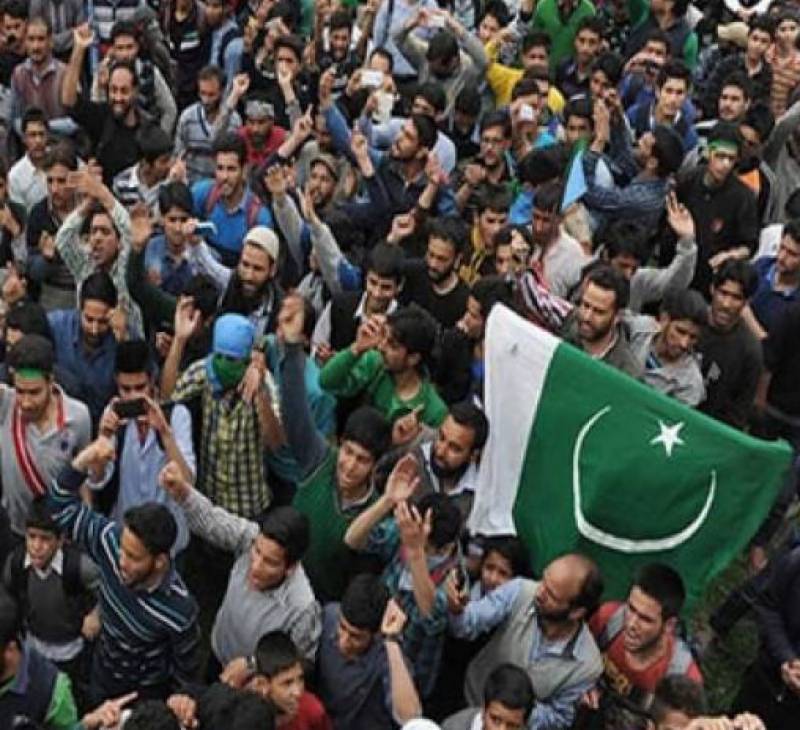 In Occupied Kashmir, Pakistan’s Independence Day was celebrated with the singing of Pakistan’s national anthem and shouting of “Long Live Pakistan” slogans in Srinagar, Shopian, Islamabad, Pulwama, Kulgam, Badgam and other districts of the territory today.

Special prayers were offered for safety and integrity of Pakistan and freedom of Kashmir from illegal occupation of India.

Parades were held while Pakistan flag was hoisted in the length and breadth of the territory.

Syed Ali Gilani, Shabbir Ahmad Shah, Masarrat Aalam Butt, Aasiya Andrabi, Dr Qasim Faktoo and others in their messages greeted the people and the Government of Pakistan on the Day.

Syed Ali Gilani said that the Kashmiris were highly grateful to Pakistan for extending its wholehearted moral, political and diplomatic support to their just cause of freedom.

Meanwhile, Kashmiris on both sides of the Line of Control and across the world will observe India’s Independence Day, tomorrow, as Black Day to convey the message to international community that India has usurped Kashmiris' inalienable right to self-determination.

The day will be marked by a complete strike in occupied Kashmir, call for which has been jointly given by the resistance leadership.

Curfew-like restrictions have been imposed in Srinagar and other parts of the territory to ensure smooth conduct of India’s Independence Day celebrations, tomorrow.