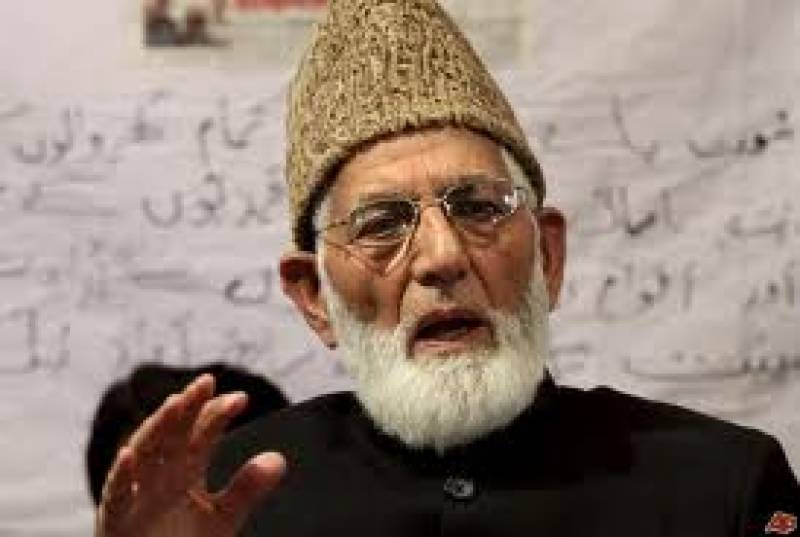 ISLAMABAD: Chairman of All Parties Hurriyat Conference, Syed Ali Gilani has greeted the people and government of Pakistan on their Independence Day, saying that after Allah Almighty, Pakistan is the only visible support to people of Kashmir.

According to Kashmir Media Service, Ali Gilani in a statement issued in held Srinagar said, “We extend our heartiest felicitations to the people, government and army of Pakistan on their I-Day celebrated on August 14.

Kashmiris are highly grateful to the Islamic Republic of Pakistan for extending its wholehearted moral, political and diplomatic support to our just cause and struggle since 1947. “We pray to Almighty Allah for peace, strength, stability, progress and prosperity of Pakistan. Strong and stable Pakistan is very important for the resolution of Kashmir dispute. It is Pakistan that is taking up Kashmir dispute in every forum at international level.”

He said “We in particular felicitate Pakistan army that has the responsibility of protecting and safeguarding the geographical borders of Pakistan and its ideological borders as well.”

He said that till 1947, Jammu and Kashmir was an independent state, but India with its military might forcibly occupied this state against the wishes of its people. “We do not nurture any grudge or enmity with the people of India but we do not accept its military occupation of our land. We will continue our struggle against forcible occupation of Jammu and Kashmir till the achievement of the goal of freedom,” he added.

India has no moral right to celebrate its Independence Day if it continues to occupy forcibly and illegally Jammu and Kashmir, he maintained.