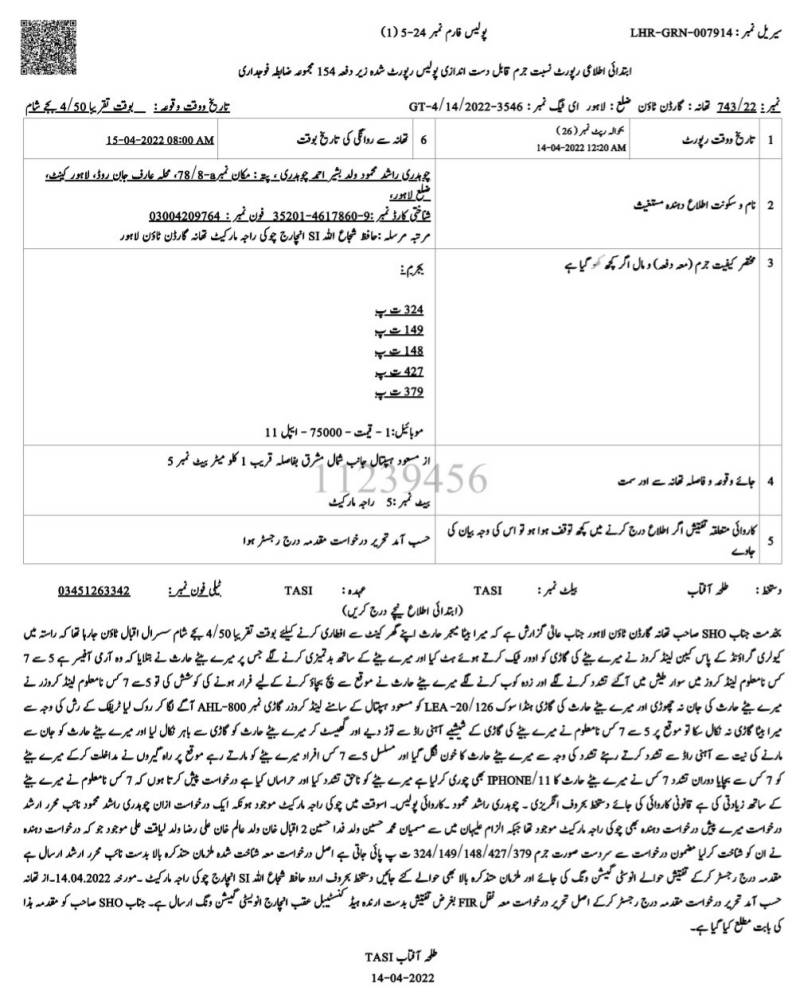 PML-N's Khawaja Salman Rafique assaulted Pakistan Army Major Harris with the help of his guards and escaped in Lahore.

An FIR has been launched over the incident by Lahore Police.

The incident occurred in Lahore whereby an accident was reported and after that the guards of the PMLN leader thrashed the Army Major.