Pentagon breaks silence over reports of US military role in Pakistan
14 Apr, 2022 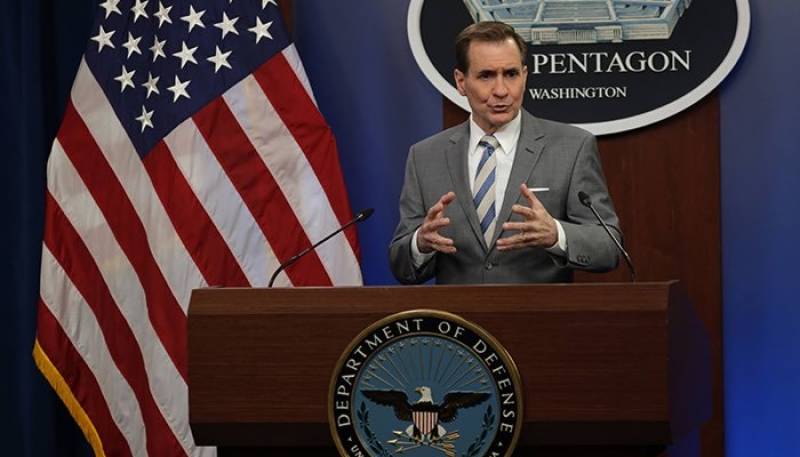 The Pentagon official said the US recognises that it has shared interests with Pakistan with respect to security and stability. "We recognise that Pakistan plays a key role in the region."

Ruling out any US military role in Pakistan, he said that America recognises that Pakistan and its people are, themselves, victims of terrorist attacks "inside their own country".

"I don't foresee any US military role here. And I'm certainly not going to, again, wade into internal domestic politics in Pakistan," he told a journalist at the press briefing.

Ex-prime minister Imran Khan repeatedly blamed the US for backing the no-confidence motion — that lead to his ouster early Sunday — and has refused to accept the newly-elected premier, saying "there can't be any bigger insult to this country" — but the Joe Biden administration denied any role.

Similarly, in a press briefing, White House Press Secretary Jen Psaki had said that a democratic Pakistan was critical to the interests of the United States.

"We support the peaceful upholding of constitutional democratic principles, we don't support one political party over another," the press secretary had said.