ISIS aka Daesh footholds being established in Pakistan's Balochistan by foreign agencies
14 Apr, 2019 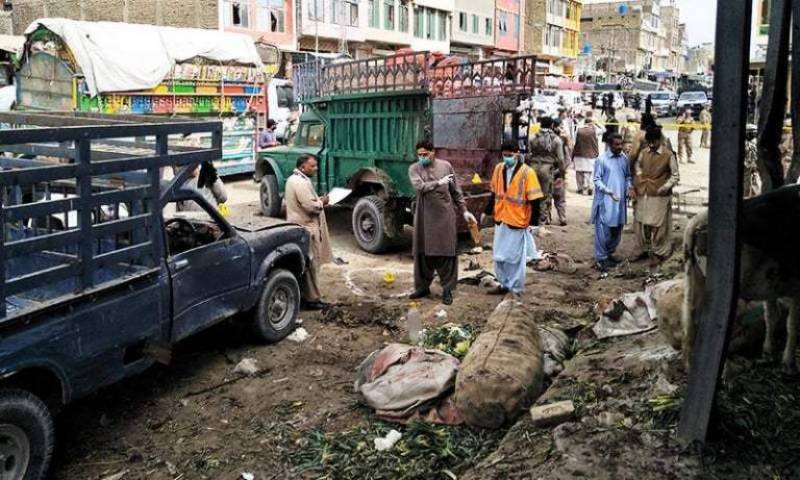 The group, also referred to as Daesh, also released a photograph of the bomber along with his name and said the attack targeted a specific community.

The claims dispute the ones made by a faction of the Taliban in which the group said it was behind the attack in collaboration with Lashkar-e-Jhangvi (LeJ).

People from the Hazara community continued their sit-in for the second consecutive day on Saturday against the horrific explosion at a busy vegetable market in the southwestern Balochistan province.

The participants of the agitation who were gathered at Western bypass of the provincial capital were chanting slogans against the government as they were of the view that no effective and sufficient security measures were taken for the protection of the Hazara community.

They termed that the bomb blast was a planned targeting of the community.