Why Nawaz Sharif has been removed, reveals Hafiz Saeed
14 Apr, 2018 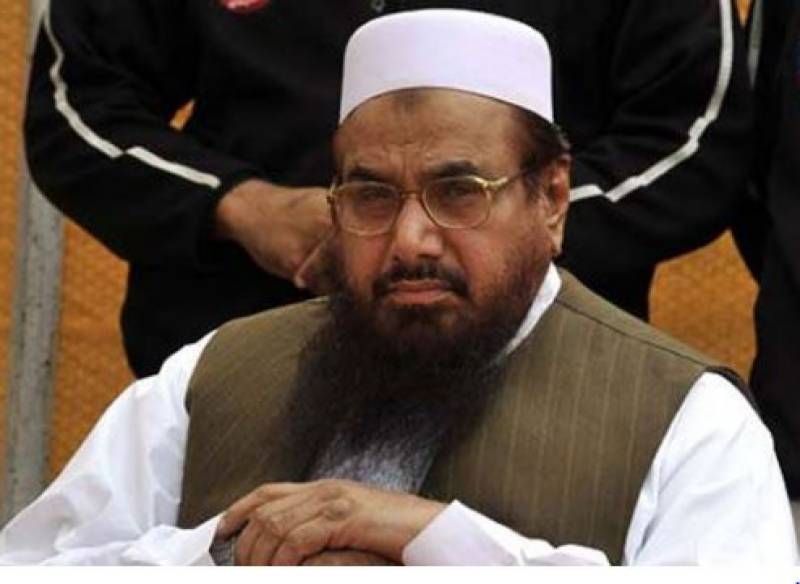 *LAHORE: *JuD Chief Hafiz Saeed has revealed that why Nawaz Sharif has been removed from the post of Prime Minister of Pakistan.

He on Friday that Nawaz Sharif was disqualified by the country’s top court due to his friendship with Indian Prime Minister Narendra Modi, accusing the ex-premier of committing treachery with the people of occupied Kashmir.

Speaking at a demonstration staged at Chauburji Chowk, the Jamaat-ud-Dawa (JuD) chief said, “Former PM Nawaz Sharif was disqualified due to disloyalty with Kashmiris’ blood, and friendship with Indian Prime Minister Narendra Modi. Any party or personality would be disqualified that committed treachery with Kashmiris.”

“Modi’s friends have no right to govern Pakistan. Those persons would be disqualified who have no agenda of Kashmir’s freedom in their politics,” he warned.

He urged PM Shahid Khaqan Abbasi to learn from the disqualification imposed on Sharif, asking him to help the innocent Kashmiris. “PM Abbasi should take a lesson from disqualification of Nawaz Sharif. If the rulers remained in ignorance, they will not only harm Kashmir but also Pakistan,” Saeed said.

Countrywide demonstrations were staged on Friday against the killings of innocent and unarmed Kashmiris on the call of JuD. Funeral prayers in absentia of Kashmiri martyrs were offered in different cities. Clerics delivered the Friday sermons on the Kashmir issue. Resolutions were also passed against Indian state terrorism in the occupied valley.