Why Afghan Military is losing in Afghanistan, reveals top US General?
14 Apr, 2018 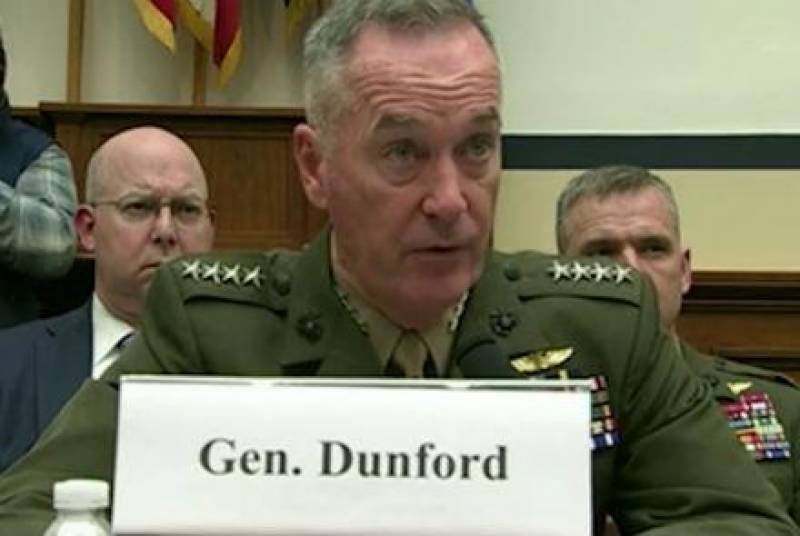 WASHINGTON- US Joint Chief of Staff Chairman General Joseph Dunford has revealed the reasons for losing the Afghan war. He said three reasons are impeding the victory in Afghanistan .

These are the main reasons that have impeded the Afghan troops win in the war so far.

“I was just in Afghanistan… couple of challenges we have had. Number one, we have suffered significant Afghan casualties; number two, the cooperation across the Afghan police, Afghan army, intelligence organizations has not been quit what it needed to be; and number three, there were short capabilities, aviation capability, intelligence capability, surface fires capability. What we have done I believe is taking a look exactly what the Afghans need to gain momentum and retain momentum against the adversary,” Dunford said.

He said US and Afghan officials hold talks with Pakistan military and political leaders and that a plan is under implementation to resolve Kabul-Islamabad tension.

At the same event, US Defense Secretary James Mattis said they will win the Afghan war by putting in place the US President Donald Trump’s strategy for South Asia and Afghanistan <link> .

“In South Asia and Afghanistan <link> , uncertainty in the region has been replaced by certainty of President Trump’s South Asia strategy,” Mattis said.