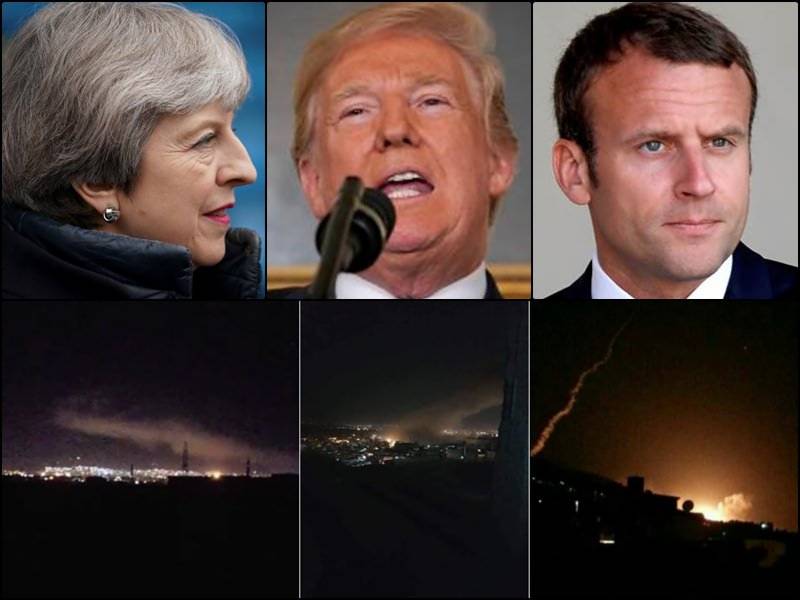 The strikes are in response to a suspected chemical attack on the Syrian town of Douma last week.

"A combined operation with the armed forces of France and the United Kingdom is now underway," President Trump said in an address to the American nation.

Explosions were reported near the Syrian capital Damascus.

Meanwhile, Russia issued a statement through its ambassador in US, saying "such actions will not be left without consequences". APP/AFP