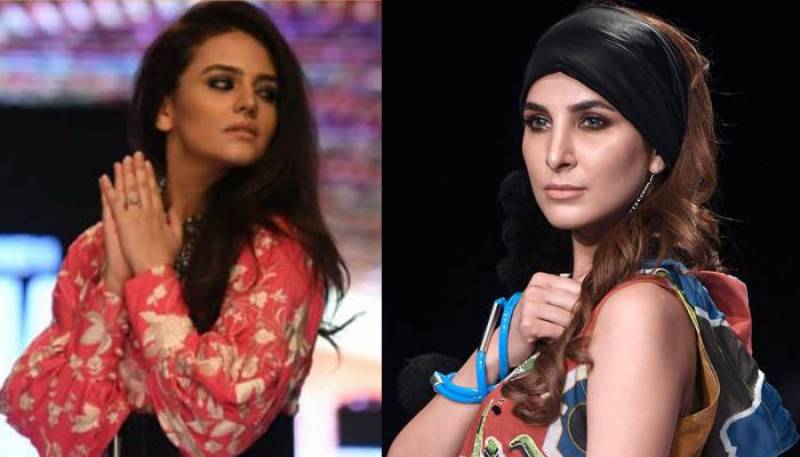 ISLAMABAD - Top Pakistani models clash in open over the race to emerge as No 1 and gain cheap popularity.

Earlier, Areeba had posted a video of her colleagues, Farwa and Javeria, mocking Zara's walk during Fashion Pakistan Week (FPW).

Zara who walked for Huma Adnan on day one of FPW, shared Areeba’s video on Instagram and called out the models for mocking her.

Last night, Areeba took to Instagram and posted a statement “to offer a formal apology”.

“I take full responsibility for uploading the video, and my colleagues had nothing to do with it,” she wrote.

"The video shows a couple of girls - friends, colleagues - having their own fun in their own time and space, at the conclusion of a long day at work, something that all normal people are allowed to do but I accept that it should not have been done at someone else's expense, especially publically," the model added.

Areeba continued, "Given that the video was private, yet again, I stand by my stance: we respect all women and their craft very much. It seems like this incident has in fact been blown out of proportion by the third parties involved which is why I thought it would be best to take this chance to apologize for any inconvenience that this video may have caused to #ZaraNoorAbbas and bring all this to an end."