This is how Syrians defy US Military strike in Damascus
14 Apr, 2018 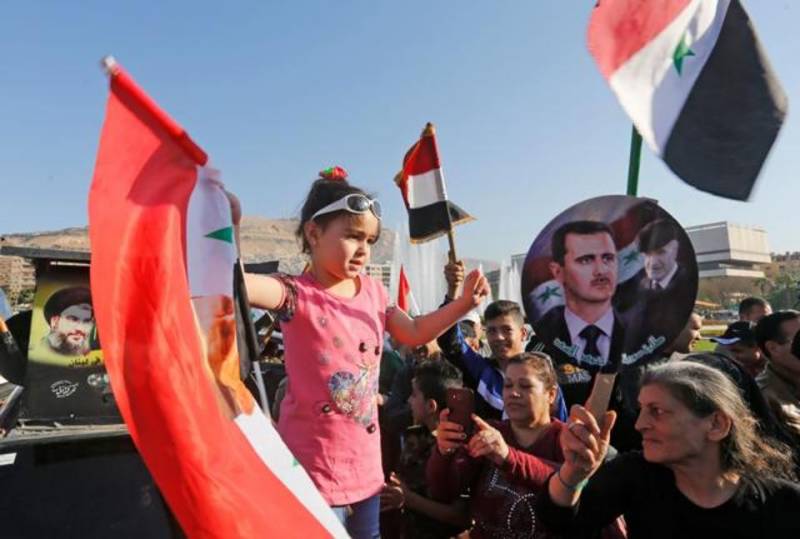 Associated Press reporters saw smoke rising from east Damascus and what appeared to be a fire lighting up the sky. From a distance, U.S. missiles hitting suburbs of the capital sounded like thunder. Shortly after the one-hour attack ended, vehicles with loudspeakers roamed the streets of Damascus blaring nationalist songs.

“Good souls will not be humiliated,” Syria’s presidency tweeted after the airstrikes began.

Immediately after the attack, hundreds of residents gathered in Damascus’ landmark Omayyad square, celebrating what they said was the army’s success in shooting down or derailing some of the missiles. Many waved Syrian, Russian and Iranian flags. Some clapped their hands and danced, others drove in convoys, honking their horns in defiance.

“We are not scared of America’s missiles. We humiliated their missiles,” said Mahmoud Ibrahim, half his body hanging outside his car window, waving a Syrian flag.

The crowd then moved toward the nearby Damascus University where pro-government fighters danced, waving their automatic rifles over their heads.