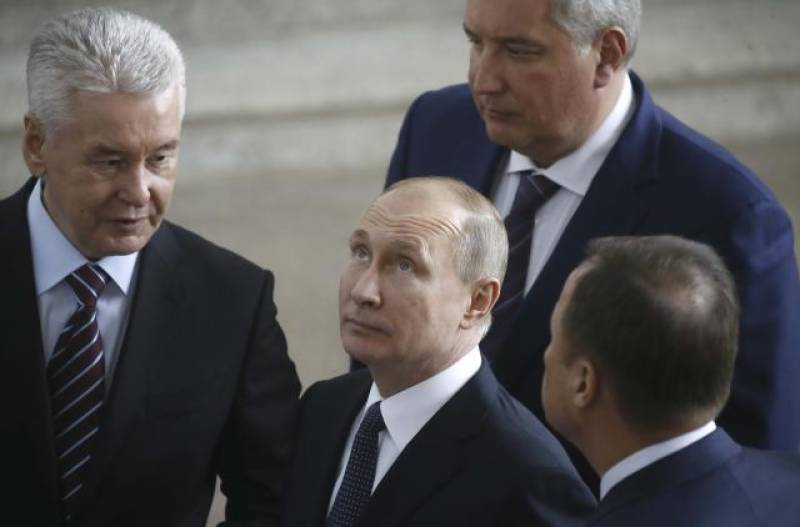 MOSCOW: Russian lawmakers said on Friday they had drafted legislation in response to new U.S. sanctions that proposes banning imports of a raft of U.S. goods and services to Russia, and restricting economic ties.

The draft law is to be discussed in the lower house of parliament next week. It proposes restricting imports of U.S.-made software and farm goods, U.S. medicines that can be sourced elsewhere, and tobacco and alcohol.

The proposed measures are in retaliation for the White House last week imposing the toughest set of sanctions on Russia since Moscow’s annexation of Ukraine’s Crimea region, which dragged relations to their lowest point since the Cold War.

The draft legislation was presented to reporters by deputy speakers of the lower house of parliament, the State Duma, which is dominated by Kremlin loyalists.

Neither the Kremlin nor the Russian government has said if they back the measures, and it was not clear if it would become law in its current form.

On occasion, the Kremlin uses parliament to send assertive messages to foreign powers, but that does not always translate into specific action.

Russia imported $12.5 billion worth of U.S. products in 2017, according to official Russian customs data. That included aircraft, machinery, pharmaceutical and chemical products.

Western companies, including Ford Motor Co, PepsiCo Inc and Coca-Cola’s bottler Coca-Cola HBC, have also invested billions of dollars since the fall of the Soviet Union to set up local production in Russia.

In 2014, Russia banned a wide range of food imports from Western countries in retaliation for international sanctions over the conflict in Ukraine.