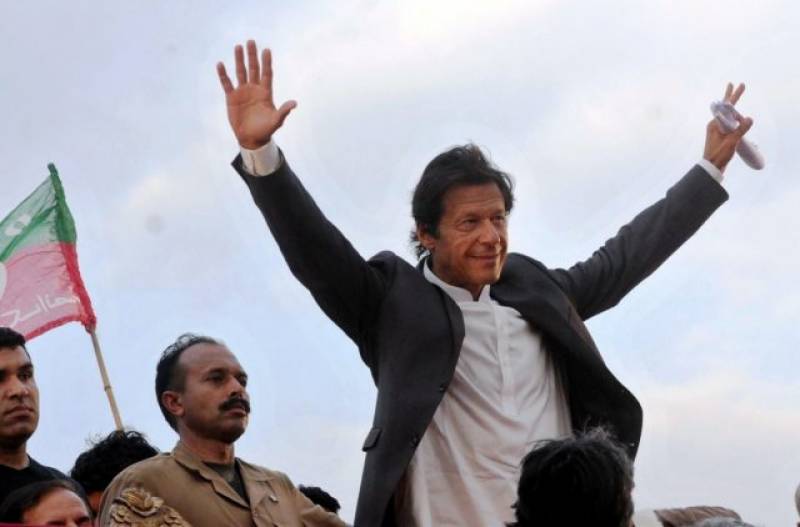 WAZIRABAD: PTI Chairman Imran Khan has said the prison was being cleaned in anticipation of Nawaz Sharif’s sentencing in a corruption reference.

“The jail is waiting for Mian sahab (Nawaz Sharif),” Imran said while addressing a gathering of supporters at Wazirabad on Friday.

“First time in the history, the Supreme Court has given a verdict against the powerful.”

He alleged that the Prime Minister of Pakistan had been laundering stolen money abroad. “And all they produced was a Qatari letter to justify their foreign assets.”​

The cricketer-turned-politician said he salutes the Supreme Court for its bold decisions, adding that “by the grace of Allah Almighty the country has been ridden of corrupt individuals”.

Taking a dig at the Sharif family, Imran Khan said Nawaz, Kusloom Nawaz and Shehbaz Sharif go to London for medical treatment as they couldn’t make a single hospital where they can get the treatment.”

He said the farmers are not paid the due price for their crops. “PTI will soon unveil its own Agriculture Policy.”

Ousted prime minister Nawaz Sharif and PTI’s Jehangir Tareen cannot contest elections for the rest of their life, ruled the Supreme Court in a stunning landmark judgment on Friday morning.

They were disqualified under Article 62 of the Constitution which says that in order for a Pakistani to become a parliamentarian, they need to be “sadiq” and “ameen” or honest and righteous.

Justice Umar Ata Bandial read out the unanimous verdict issued by a five-member bench of Supreme Court regarding the period of disqualification under Article 62 (1)(f) of the Constitution on Friday.