Pakistan to be connected with World's fastest internet submarine cable at Gwadar and Karachi
14 Apr, 2018 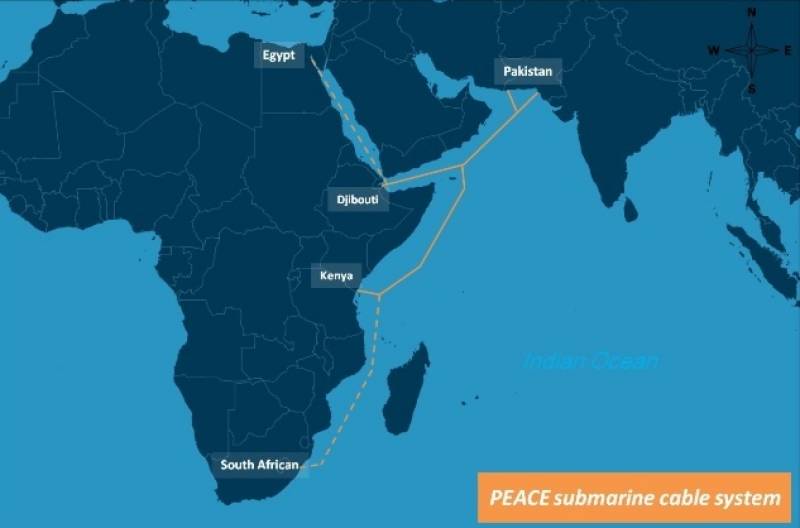 *LAHORE: *Pakistan is expected to receive a significant boost in internet speed with the addition of an upcoming submarine cable called PEACE cable with landing routes in Karachi and Gwadar.

In its first phase, PEACE will comprise a 6,200km network connecting Pakistan (in Gwadar and Karachi), Djibouti, Somalia, and Kenya. It will eventually span 13,000km, reaching South Africa and Egypt.

According to sources, Pakistan’s leading cellular provider Jazz and internet service provider (ISP) Cybernet have been shortlisted as the intended landing parties for the PEACE cable in Pakistan.

Recently a high-level conference organized by PCCW Global, PEACE and Huawei Marine held in Dubai was attended by all the leading international landing parties, which was said to be a major success.

This system, designed by Chinese company Tropic Science, depends on 200G dense wavelength division multiplexing (DWDM) technology – used to increase bandwidth on fiber networks by transmitting multiple signals at once, at different wavelengths but on the same fiber.

The system was designed to deliver a capacity of up to 60Tbps.

Currently, Pakistan is served by six submarine cables and has suffered frequent internet outages which have left services crippled across the country in the recent past.