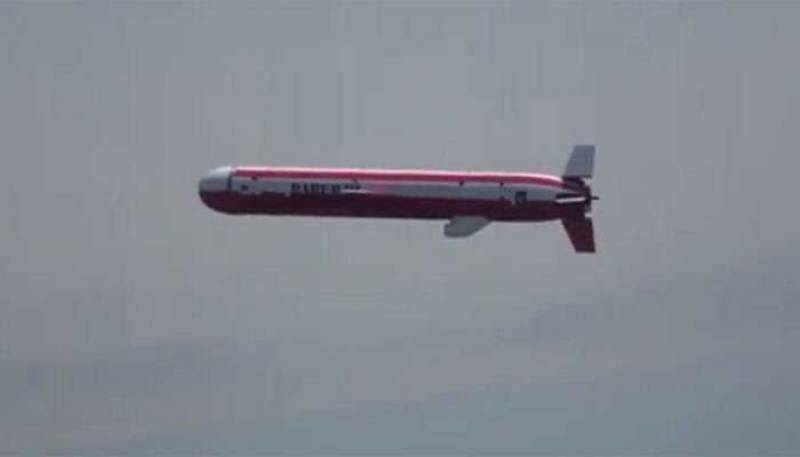 RAWALPINDI - Pakistan has joined the elite club of nations with the launch of the Babar Cruise Missile with extended range of 700 km.

Babar Cruise missile successfully hit the target with the extended range. Only few superpowers of the World have capability to launch a cruise missile with this much range.

According to ISPR, the media wing of the military, the missile was fired from an underwater dynamic platform, which successfully engaged its target with precise accuracy; meeting all the flight parameters.

SLCM Babur is capable of delivering various types of payloads and incorporates state of the art technologies including underwater controlled propulsion, advanced guidance and navigation features.

Pakistan eyes this landmark development as a step towards reinforcing the policy of Credible Minimum Deterrence through indigenization and self-reliance.

The Chairman JCSC and Services Chiefs have congratulated the scientists, engineers and NSFC personnel for successful achievement of this highly significant milestone.

The President and Prime Minister of Pakistan have also conveyed their facilitations to the scientists, engineers and NSFC personnel involved in the effort.