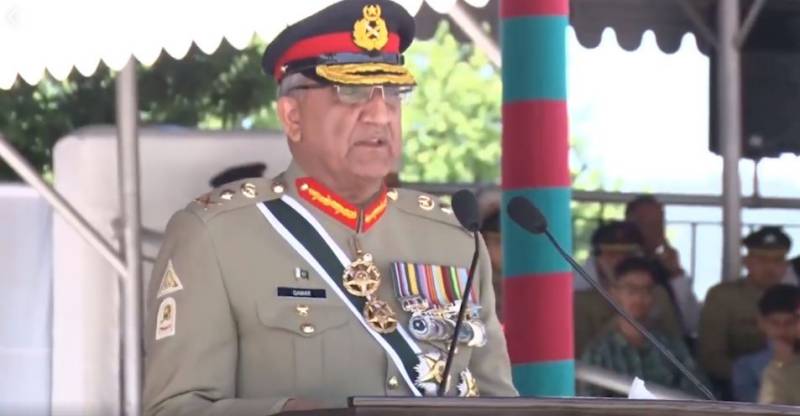 He was speaking as Chief Guest at the passing out parade of Pakistan Army's 137th Long Course at Pakistan Military Academy in Kakul on Saturday.

The army chief said the infrastructure of terrorists has been destroyed and they have no sanctuaries in the country anymore.

He said Operation Raddul Fasad which is based on strong resolve and faith of the nation will continue against the remnants of terrorists. The army chief said we will not let our soil used against anyone.

General Qamar Javed Bajwa said enemy knows it can never defeat us and therefore it is trying to entangle us through non- traditional means.

Enemy wants to divide and weaken us internally but with blessing and support of nation, we foiled every effort of the enemy in past and will continue to do so in future as well.

He said nation and Armed Forces are united to defeat the menace of terrorism.

Drawing the attention of world community towards Indian brutalities in Occupied Kashmir the Army Chief expressed Pakistan's complete political and moral support to the basic right of self-determination for the people of Jammu & Kashmir.

He said peace loving innocent citizens are being subjected to one of the worst form of state terrorism and it is high time for the world community to wake up and play its positive role to bring peace to that unfortunate part of the Sub-Continent.