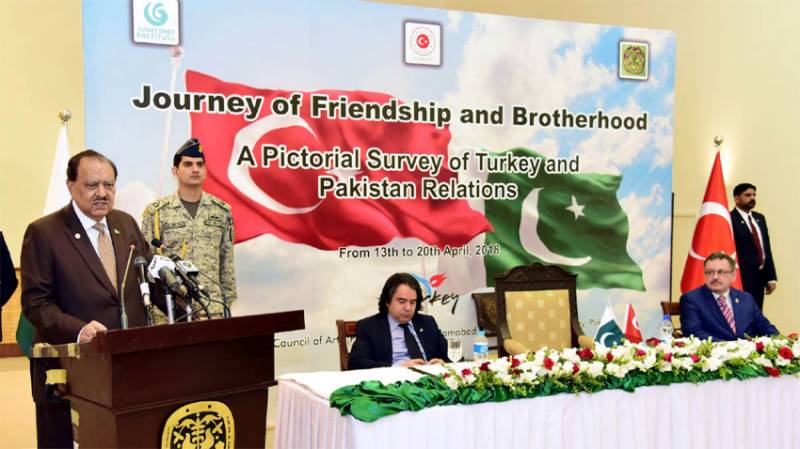 ISLAMABAD:President Mamnoon Hussain has said that Pakistan-Turkey friendship and cultural activities will help control bloodshed in the region.

He was speaking after inaugurating a pictorial exhibition depicting Pakistan-Turkey fraternal ties in Islamabad on Friday.

The President said such exhibitions should be held in Turkey as well. He said that elders of both the countries had laid the foundations of fraternal ties between the two nations. APP/AFP