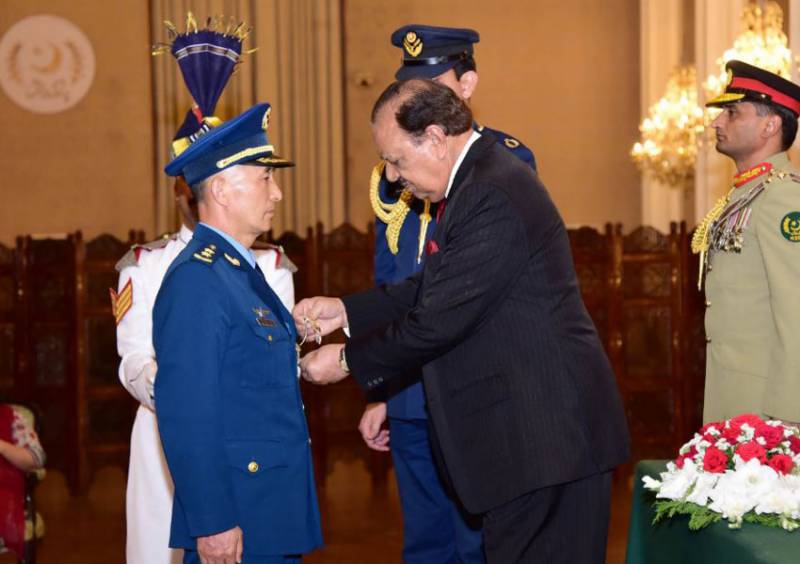 ISLAMABAD:President Mamnoon Hussain says defence relations between Pakistan and China are the guarantee of peace and stability in the region.

The President also conferred Nishan-i-Imtiaz upon him during a special investiture ceremony at the Aiwan-e-Sadr.

Mamnoon Hussain thanked the Chinese government and Commander of its Air Force for providing quality support to the Pakistan Air Force.

He emphasized that Pakistan fully supports the One Belt One Road project of China.