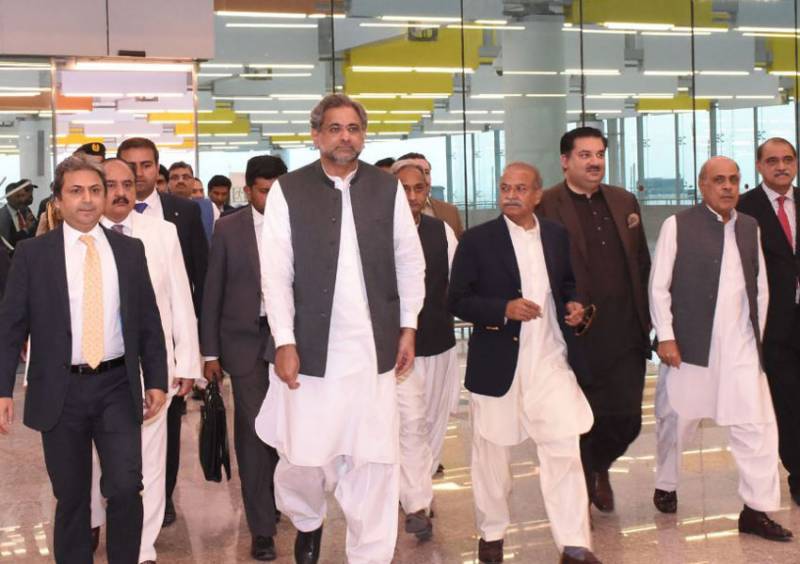 ISLAMABAD:Prime Minister Shahid Khaqan Abbasi has directed the Civil Aviation Authority for provision of complete and state of the art facilities to passengers at the new International Islamabad Airport.

He said this while visiting various sections of the new International Islamabad Airport.

The Prime Minister was told that the new airport has been completed at an estimated cost of 85 billion rupees.

It has two runways and will be capable of handling nine million passengers every year, with 90 operational immigration counters. APP/AFP