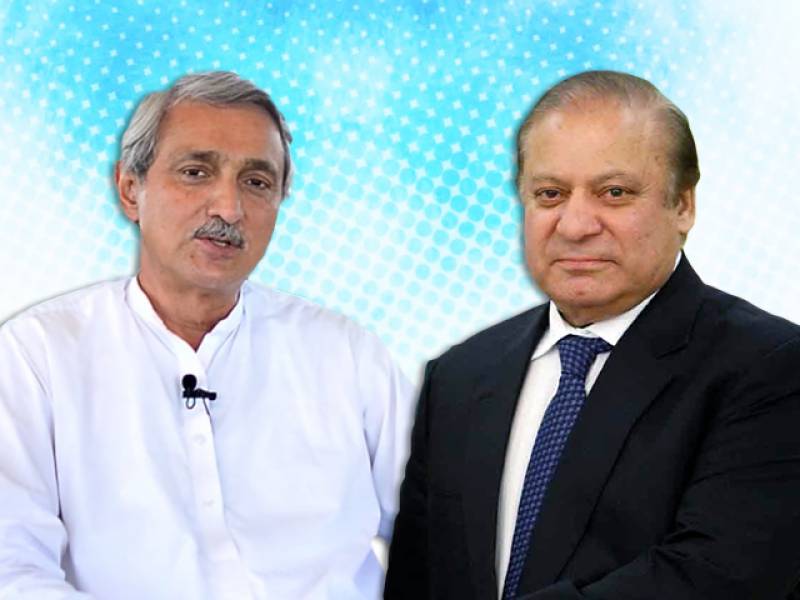 ISLAMABAD: Ousted prime minister Nawaz Sharif and former MNA Jehangir Tareen of the PTI cannot ever stand for elections for the rest of their life, ruled the Supreme Court in a stunning landmark judgement on Friday morning.

They were disqualified under Article 62 of the Constitution which says that in order for a Pakistani to become a parliamentarian, they need to be “sadiq” and “ameen” or honest and righteous.

Justice Umar Ata Bandial read out the unanimous verdict issued by a five-member bench of Supreme Court regarding the period of disqualification under Article 62 (1)(f) of the Constitution on Friday.

On Friday, a four-judge bench headed by Chief Justice Mian Saqib Nisar announced the verdict on the several identical petitions to stipulate the time frame for which a lawmaker would stand disqualified if they violated Article 62 (1)(f) or were found not to be righteous and honest. Justice Faisal Arab was not present when the verdict was read out.

The Supreme Court judges remarked that public representatives should be truthful.

Appearing before the court at the last hearing on February 14, Attorney-General Ashtar Ausaf Ali had said that the constitution needs to be amended to specify the duration of disqualification. He wondered if the disqualification of lawmakers would continue even after death, as no time limit has been set in the law.

Nawaz, 67, resigned in July after the court disqualified him over an undeclared source of income. Friday’s ruling has addressed an ambiguity – whether he was barred from office for life or a specific period.

No corruption allegation has been proven against Nawaz Sharif to date, argued Marriyum Aurangzeb, the state minister for information and broadcasting, after the verdict was announced. “The trial has been going on in the NAB court and the disqualification verdict is already out,” she said.

According to her, the verdict was the “same joke” that has been played with all 17 prime ministers in the history of the country.

The man who trampled on the Constitution wants to appear before the court on his own terms, she said. “No suo motu action is taken [when this happens].”

‘Doors for the corrupt in Parliament are closed’

“The doors for corrupt in the Parliament have been closed after the verdict,” said Tahir-ul-Qadri. “It will prove to be an example for setting a culture of transparency in Pakistan.”

‘Malice and ego in the verdict’

“Nation makes decision against the leaders,” Captain Safar said. “There is malice and ego in the judgment of the Supreme Court.”

“I don’t agree with this decision,” said Rana Afzal. “The judiciary gave a narrow-minded decision which will not be approved by the people”.

‘Sharif delivered as much as he could’

“Nawaz Sharif has delivered as much as he could,” said Siraj-ul-Haq. “The Supreme Court’s judgment has implications for his politics. If he did politics for personal gains then the SC order has finished it all.” ​

This is the same Article that Zia ul Haq gave to this country when Nawaz was chief minister. Now the SC verdict has come we have to accept and there is no need to fight and squabble, said Khursheed Shah. APP/AFP