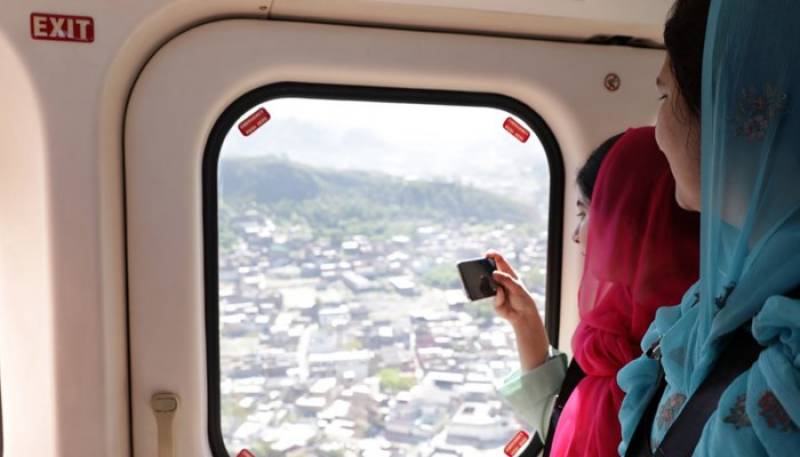 ISLAMABAD - In her heartfelt blog <link>, Malala Yousafzai has recalled details of her visit to Pakistan and hoped “it will not be another five and half years” before she sees the faces of her friends and relatives again.

The 20-year-old wrote, “I didn’t leave my country by choice, but I did return by choice.”

Malala started off her blog with details of the day she woke up in a hospital in the United Kingdom. “When I left Swat Valley, Pakistan on October 9, 2012, my eyes were closed. I woke up a week later in the intensive care unit of a hospital in Birmingham, UK — but in my mind I was still at home,” she wrote.

The youngest Nobel Prize winner recalled the day she was shot in the head at point-blank range by Taliban gunmen as she was returning from her school in Swat valley.

The Pakistani Nobel laureate will stay in country for four days, hold meetings with PM and other key figures

“I remembered that morning. I was in my bedroom, finishing revision of my Pakistan Studies paper and praying to Allah that I would do well on my exam. I remembered eating breakfast on the floor with my family, leaving my egg unfinished and rushing off to school. After school, my best friend Moniba and I were relieved our exam was over. We giggled as we watched our bus driver Usman Bhaijaan do magic tricks with a pebble. My memories end there. Seconds later, I was attacked.”

Malala also narrated the events leading to her standing in her home in Swat Valley once again on March 31.

“On March 31, 2018, I stood in my home again — and felt like the past was reversing itself. My family and I packed our bags and flew from UK to Dubai and then Dubai to Islamabad. We took a helicopter from Islamabad to Swat Valley. I saw the beauty of my home from a bird’s eye view — the never-ending mountain range, the greenery, the rivers. I could not stop myself from looking at everything.”

Stating that she worried losing that ‘moment’, the 20-year-old said, “Worried that I would lose that moment, I recorded every bit in my memory and, of course, my iPhone.”

“We landed on the same helipad where I was flown away on a stretcher,” she added.