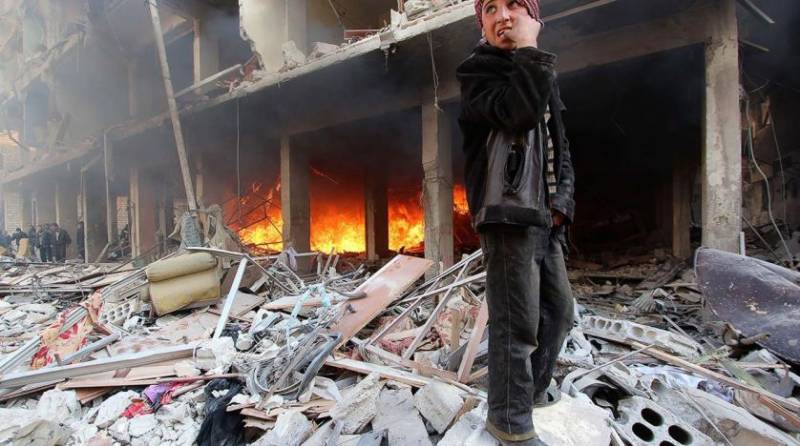 TEHRAN: Iran warned of “regional consequences” on Saturday following a wave of punitive strikes in Syria by the United States, Britain and France.

“The United States and its allies have no proof and, without even waiting for the Organisation for the Prohibition of Chemical Weapons to take a position, have carried out this military attack,” said the foreign ministry in a statement.

They “are responsible for the regional consequences of this adventurist action,” it said, condemning a “clear violation of international rules and laws”.

Tehran officials have said Western powers are using last week’s alleged chemical attack on a rebel-held stronghold as an excuse to undermine the Syrian government’s recent successes on the battlefield.

“This aggression is designed to compensate for the defeat of the terrorists” in Eastern Ghouta, an area recently recaptured by Syrian government forces, Iran’s foreign ministry said.

In a sign of mounting regional tensions, seven Iranians were killed in an air strike on a Syrian military base on Monday, which Iran said was carried out by Israel. – AFP/APP