How Pakistan's indigenous built "Babar Cruise Missile" is one of the most lethal weapon in the World?
14 Apr, 2018 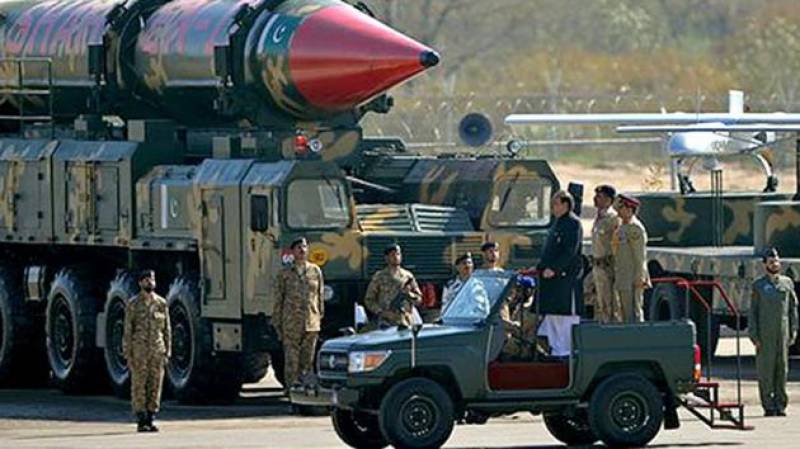 ISLAMABAD - Pakistan on Saturday successfully test fired an enhanced version of indigenously-built Babur cruise missile that can deliver conventional and non-conventional weapons with a range of 700 kilometres.

Babar Cruise missile following capabilities make it the most potent missile of the World.

‘Babur Weapon System-1 (B)’ incorporates advanced aerodynamics and avionics that can strike targets both at land and sea with high accuracy, the army said in a statement.

“Equipped with the Terrain Contour Matching (TERCOM) and all time Digital Scene Matching and Area Co-relation (DSMAC) technologies, which enable it to engage in various types of targets with pinpoint accuracy even in the absence of GPS navigation, thus making it an important force multiplier for Pakistan’s strategic deterrence,” the army said.

Army further said that it is a low-flying, terrain-hugging missile, which carries certain stealth features and is capable of carrying various types of warheads.

The director general of Strategic Plans Division (SPD), chairman National Engineering and Scientific Commission (Nescom), senior officers from SPD and strategic forces along with scientists and engineers of strategic organisations were present to witness the launch.

President Mamnoon Hussain and Prime Minister Shahid Khaqan Abbasi appreciated the scientists and engineers on the successful conduct of the missile test.