Frustrated over losing in Afghanistan, US General lashes out at Pakistan
14 Apr, 2018 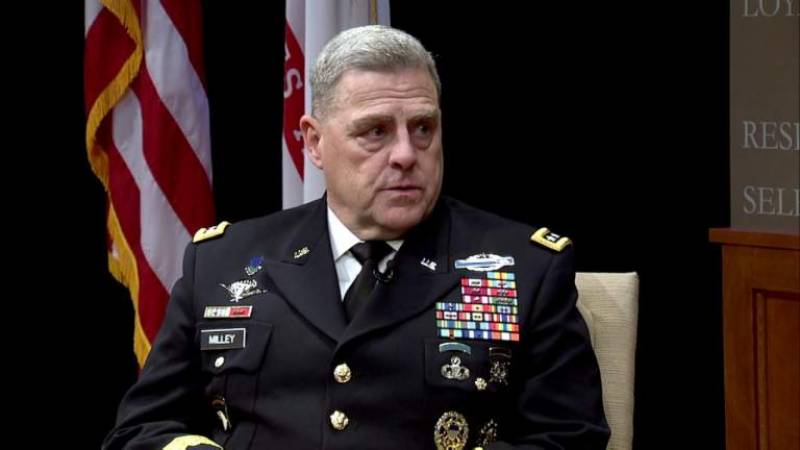 WASHINGTON – Asserting that the Taliban and the Haqqani network enjoy safe havens in the border regions of Pakistan, a top US Army General told the lawmakers Thursday that it was difficult to contain the insurgency in war-torn Afghanistan if Islamabad continues to harbour terrorists on its soil.

“It’s very, very difficult to eliminate any insurgency if that insurgency has a safe haven in another country. But right now, the Taliban, the Haqqanis and other organisations do, in fact, enjoy some safe haven in the border regions on the Pakistani side of the border. Pakistan has got to be part of the solution,” General Mark A Milley, Chief of Staff of the US Army, told lawmakers during a Congressional hearing.

Testifying before the Senate Armed Services Committee, he said to the end insurgency in Afghanistan, it was important to reduce the threat of terrorism something that can be handled on a routine basis by the internal security forces.

“In order to do that, you have to essentially do several things. You mentioned Pakistan. That is key. It’s important that Pakistan is part of the solution. It’s a regional solution. Part of our strategy is a regional strategy. That very much involves Pakistan,” Milley said.

Responding to a question on reconciliation, he said the Afghan government was on the path right now to establish some sort of political reconciliation with various opponent groups. The US is in support of that effort, Milley added.

“So it’s important that we realign the forces, that we reinforce the capabilities that we’re already doing, and that we regionalise the problem, including Pakistan, and that there’s some sort of reconciliation process. At the end of the day, that’s how that ends, and it ends successfully, and I believe that’s achievable,” the general said.

Milley said it was in the national security interest of the United States to maintain troops in Afghanistan.

One of the American objectives since 2001 has been that Afghanistan no longer was a platform for terrorists to conduct strikes on the continental United States, or in the United States.

“So what does that look like? It means that the armed opposition, the Taliban, Haqqani network, Al-Qaida, ISIS, K and all these other groups are reduced in terms of capability that they no longer present an existential threat to the regime in Kabul and that the Afghan National Security Forces are at large,” he said.

“Their army, their police, their intelligence forces can handle the violent threat against the regime at a level that is something akin to crime or banditry,” Milley said.